Remember that 58” capacitive multi-touch screen that allowed you to connect your iPhone? Well, that was later proved to be just a hopeful geek’s wet dream. What we’re featuring today is awesome in its own way and it’s 100% real. 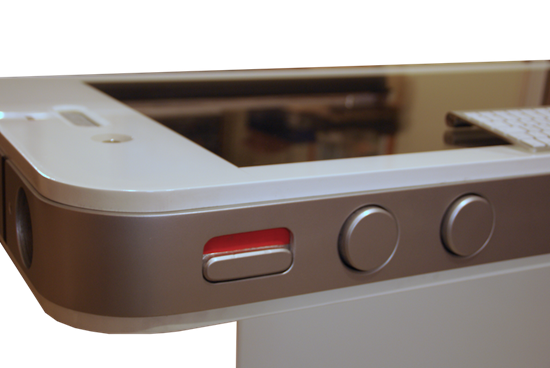 Produced by Benjamin Bachmeier of Germany, the 40” tabletop is supposed to look like a really, really large white iPhone 4. Bachmeier has indeed managed to get the whole look down with the only thing looking out of place being the thickness and the bezel around the screen.

It’s made up of a Toshiba LED-LCD Full HD 1080p display, a DVD player, a 4.1ch sound system, your usual USB/HDMI/eSATA/Ethernet ports and a 5.7 megapixel camera with 720p video recording. Inside, there is a 2GHz processor, 4GB of DDR2 RAM and a 500GB hard drive. It runs Mac OS X 10.6.7 Snow Leopard and Windows 7 Professional. 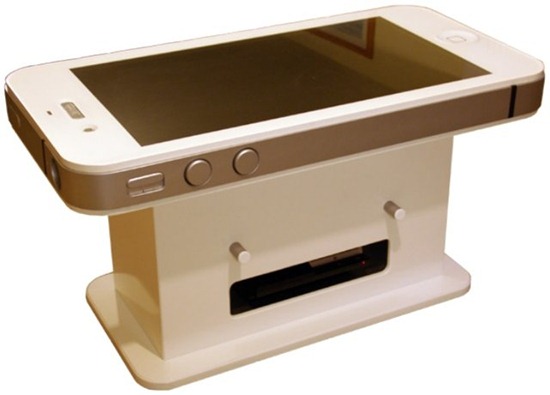 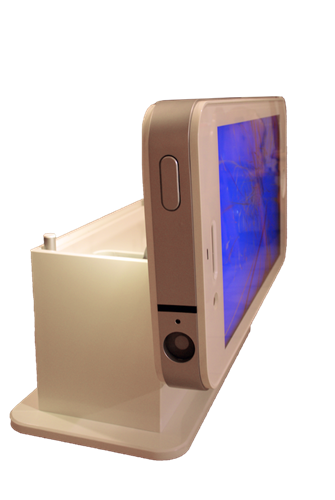 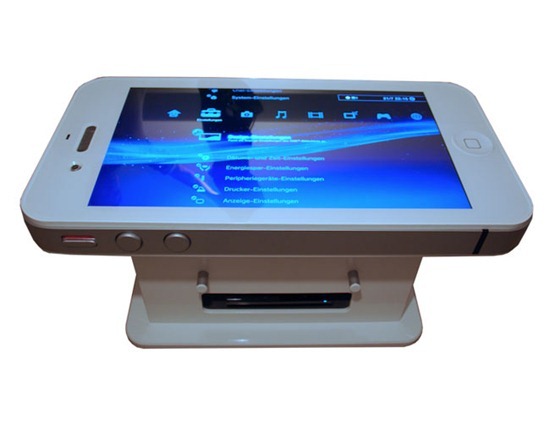 The buttons on its sides are actually useable since they perform the usual functions of increasing/decreasing volume, powering up the computer and resetting it etc. Now you must be wondering what on earth a restart button is needed for? Well, after all, OS’s do crash, therefore a restart button is needed. The volume keys really add a bit of iPhone 4 realism to this beast, and quite frankly, its very much needed in this case, and we dig it!

The tabletop is great for viewing content in our opinion, just imaging you’re watching a movie on a white iPhone 4’s 3.5-inch screen, thinking about it? Now pump up the screen size all the way to 40-inches of mayhem! Now that’s what we’re talking about here! We’re quite sure the screen is not Retina but it will do the content some serious justice thanks to its custom amazing frame, otherwise known as the iTableous itself or if you’re more of an iPhone fan then you can just call it the white iPhone 4 beast.

Unfortunately, this isn’t a multi-touch screen nor does it run iOS. It really basically is your average PC placed inside a meticulously crafted white iPhone 4 case.

Bachmeier says there will only ever be on iTableous produced. If you were thinking of getting one, I’m afraid you’re out of luck. However, I’m sure if he gets paid right, he wouldn’t mind producing one.

You can read more about the project here.