Here’s a story of a 16-year-old kid named Christian Owens who managed to make a million dollars following the footsteps of his mentor, the one and only, Apple’s CEO Steve Jobs. 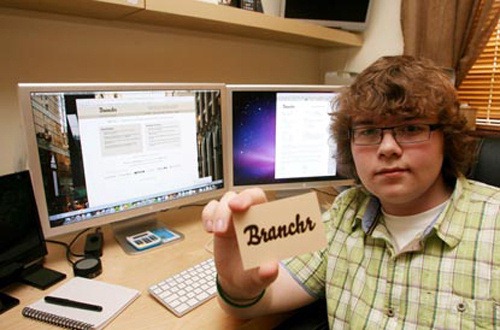 Being an extra ordinary kid, he achieved this feat in 2 years by working online. Here’s how he did it:

The British teen—who lives in Corby, Northamptonshire – got his first computer age seven. Three years later he got a Mac and taught himself web design. Four years later—at age 14, in 2008—he started his first company. It was a simple site that some of you may now: Mac Bundle Box. The site was pretty, rooted into Apple’s own design guidelines and style.

Mac Bundle Box offered users bundles of software at an unbelievably low price, let’s say for example a $400 worth of software bundle was sold for a mere $50.

The page sold a package of very neat Mac OS X applications for a discounted price and for a limited time. He would negotiate with the developers to get a discount deal on their apps. The resulting bundle had a combined retail value of around $400, but he would sell it for a tenth of that price.

Not only that: If enough people bought the package, a new application would get unlocked for all buyers, which guaranteed very good word-of-mouth promotion. And to top it all, Owens dedicated a percentage of all sales to charity.

Mac Bundle Box turned out to be a huge success for Owens, in just two years, it made a whooping 1 million dollars for him! But he wasn’t too happy with it. And so he started a new company called Branchr.

Owens jumped into a new venture called Branchr, a pay-per-click advertising company that distributes 300 millions ads per month on over 17,500 websites, iPhone, and Android applications. The company, which claims to deliver "contextual, behavioral, publisher-defined, and geographically" targeted ads in those platforms, has already made $800,000 in its first year and employs eight adults including his 43-year-old mother, Alison.

Owens has big plans for the future, but he isn’t sure where he would be in 10 years from now. And the best part is that there’s no secret to his success at all! He quotes:

There is no magical formula to business, it takes hard work, determination and the drive to do something great.