You would need to have been living under a rock or in a remote cave to have missed the fact that 2017 represents the tenth anniversary of the original iPhone’s release, and that it’s a pretty big deal.

When people say that the iPhone changed the way we live, work, and play, they are not exaggerating. There were smartphones before the iPhone, but Apple’s first phone was was a different beast altogether. 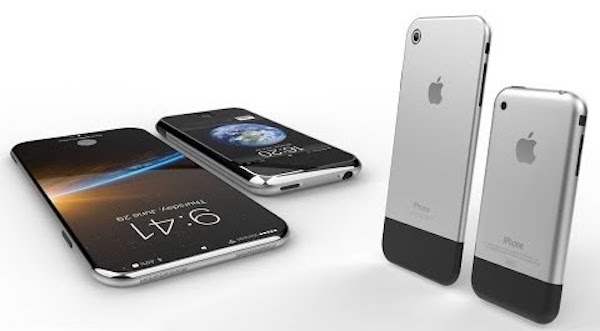 As we barrel ever closer to the release of 2017’s iPhones, all eyes are on what Apple will do to celebrate an occasion which has everyone excited. Analysts and pundits have waxed lyrical of late about what the upcoming iPhones will offer, and some of the ideas make it sound like a truly groundbreaking device – one which befits a tenth anniversary.

Taking some of those ideas and running with them, the concept video highlights what the iPhone 8 could look like and how it could be constructed.

Some of the biggest changes suspected for the iPhone 8, including its edge-to-edge screen featuring a function area and new wireless charging capabilities, are included as part of this concept, and it even shows a new L-shaped battery which could give the iPhone improved battery life.

What makes this concept stand out for us though is the way it pays homage to the iPhone it celebrates, and of course Steve Jobs as well. With a metal back and possible plastic area at the bottom, the original iPhone is immediately brought to mind when you see it.

We cannot wait to see what the iPhone 8 looks like, and it promises to be the best iPhone yet. September seems a long way away all of a sudden! Till then, check out the video embedded below and let us know what you think.