When Google announced Android M at its recent Google I/O developer conference, it did so with relatively little fanfare when compared to some of its other releases. That doesn’t mean that Android M isn’t full of surprises though. With plenty of new tricks and features to show off, Android M should have something for everyone.

With that in mind, we’re sharing a list of 10 relatively hidden secret, or at least less than obvious features that users will find in Android M either when they update their Nexus device or wait for their hardware makers to catch up. 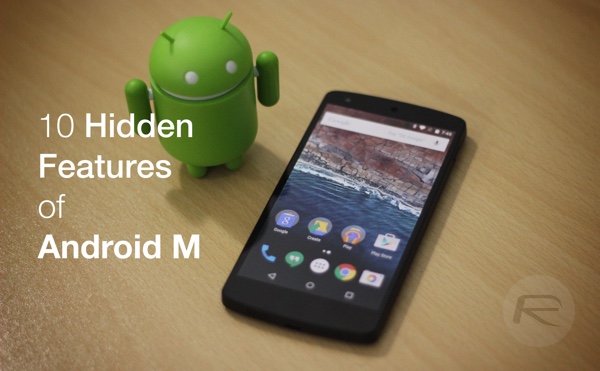 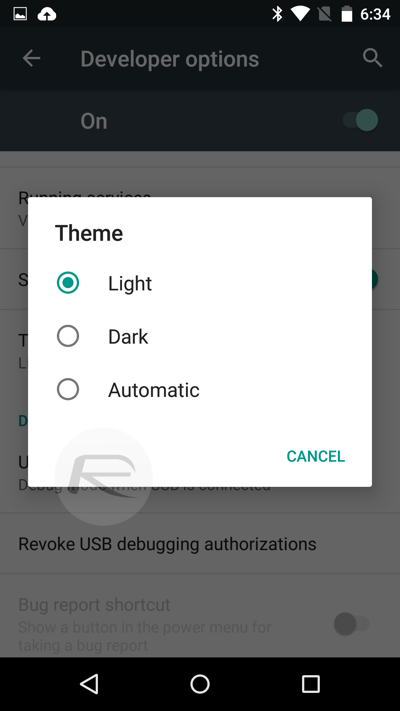 A handy way of either lightening or darkening Android, the new theme mode allows anyone to select either a dark or lighter looking Android interface. Those who don’t want to have to think about it can choose to have the theme switch automatically, though it only appears to change the color in system menu, doesn’t work system-wide, as shown in the screenshot below. 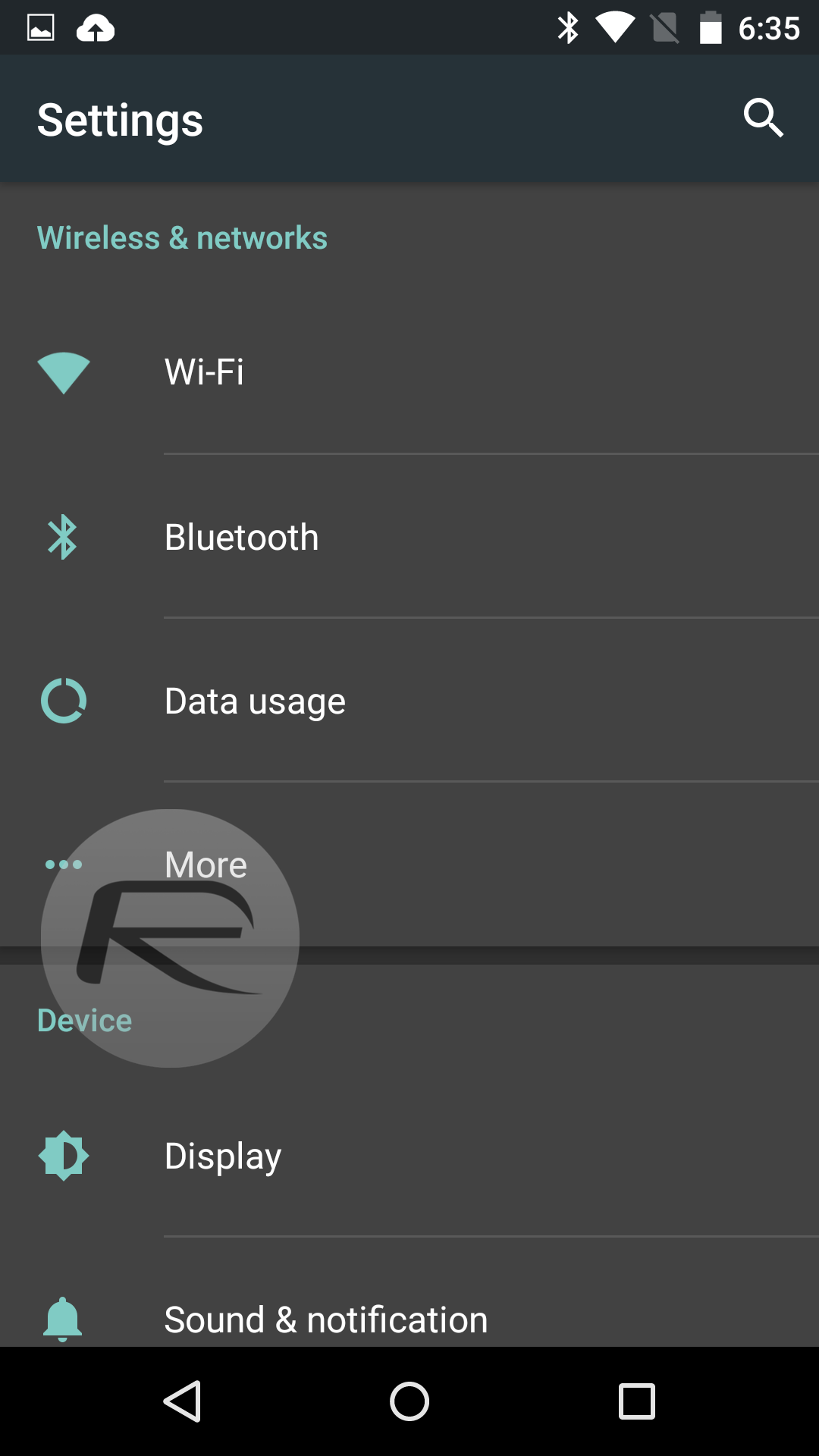 Being able to run more than one app a time is no longer something that only people with certain smartphones or tablets can do now that multi-window support is baked into Android M. You’ll need to jump through a few hoops to get it enabled at the moment though, so here’s what you need to do.

Also added is a split-keyboard for tablets, found under keyboard settings. This looks and works exactly like Apple’s split-keyboard for iPad, added in iOS 5. Both of these options can be seen in action in the video embedded above. 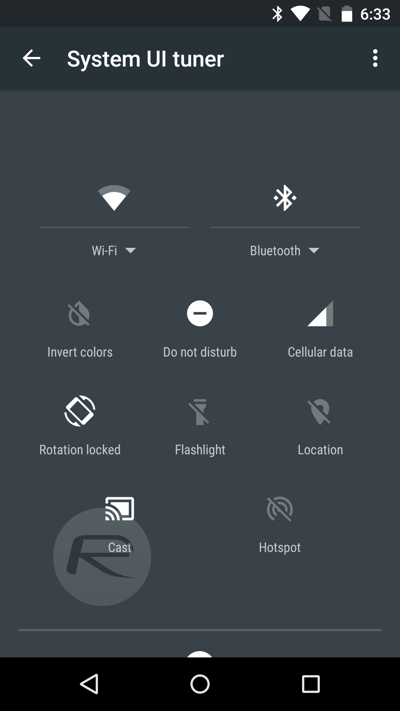 There’s a new feature called System UI tuner which finally enables users to customize the Quick Settings tiles, Head over to Settings -> System UI tuner. Now tap and hold any tile and move it around anywhere you like. You can also rename or remove any of the tile you don’t want. 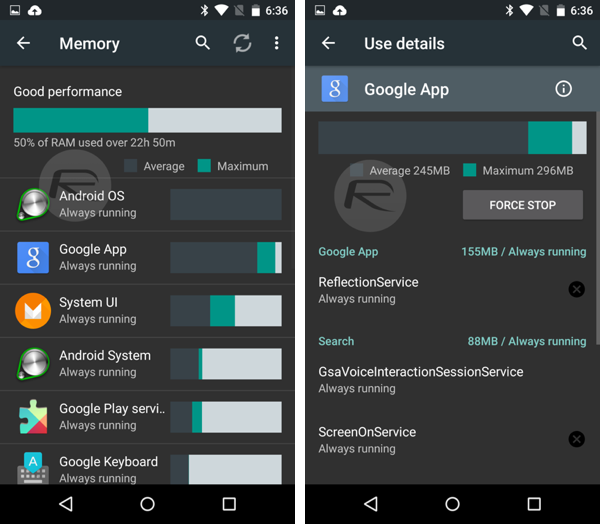 If you find yourself needing to manually manage the amount of free RAM available to your Android M smartphone or tablet then you can head to Settings, and then tap Apps before opening the hamburger menu, choosing Advanced and finally Memory. Now behold, the new memory management tool shows how much RAM is being used while allowing you to force stop apps to get more memory back.

Doze Mode On Per App Basis 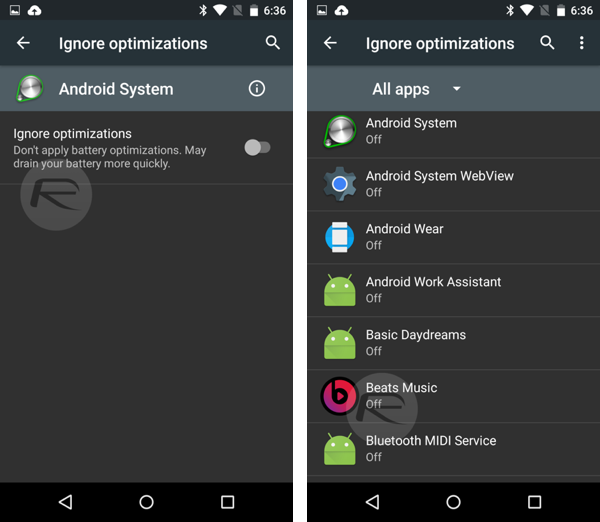 Need to reduce the amount of battery power and system resources an app is using? You can now do it on an app-by-app basis by going to Settings -> Battery. Now tap on hamburger menu and then tap on Ignore optimizations. Here you can choose apps that will not abide by Android M’s Doze feature’s rules. 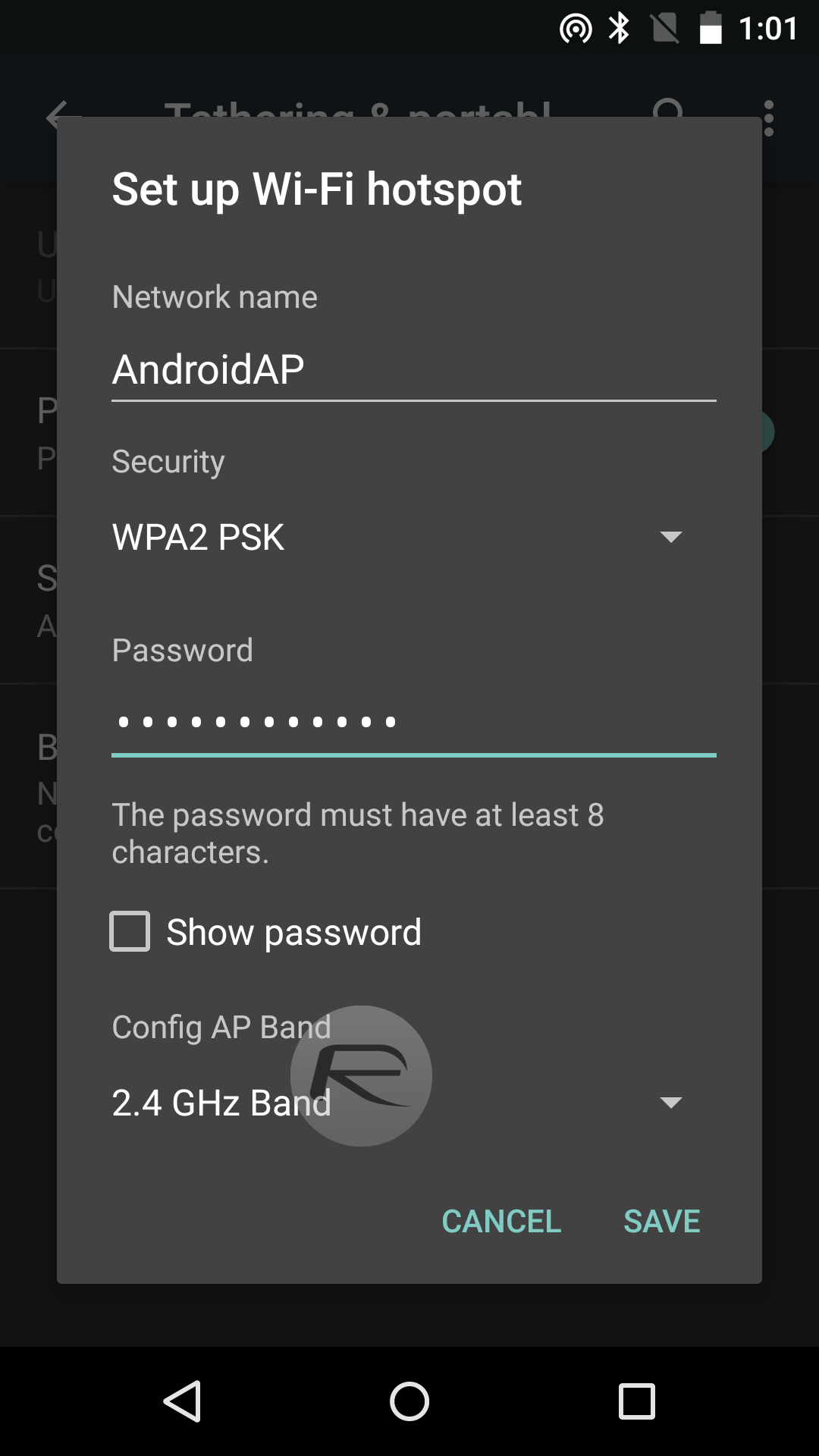 Now up to version 2, the Hotspot feature of Android has now gained support for creating 5GHz networks depending on the hardware being used. If you can create a 5GHz network with your phone, you’ll see the option when configuring your Hotspot. Just choose 5GHz in the ‘Config AP Band’ section and you’re done. 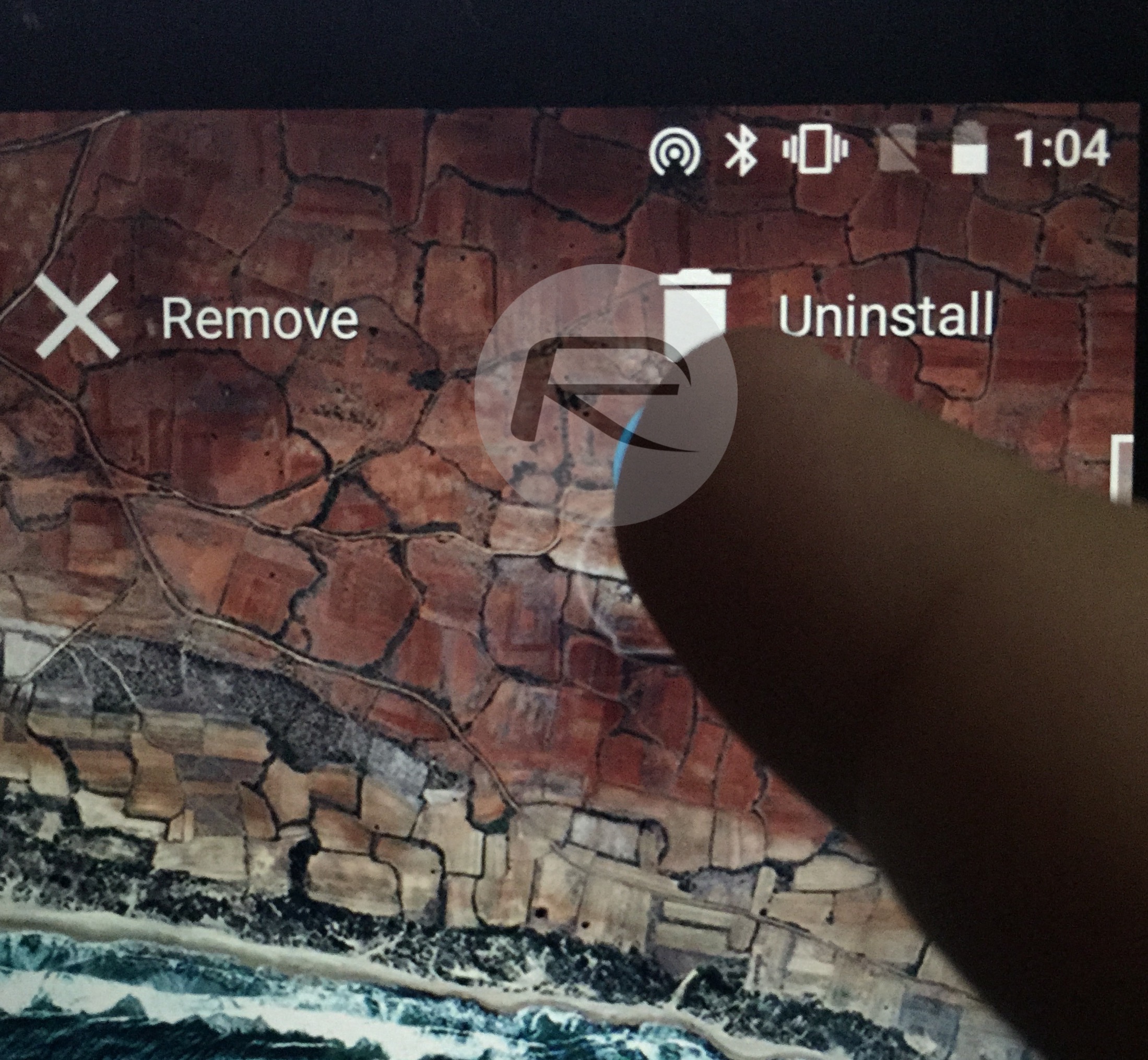 With Android M you can finally uninstall apps directly from the home screen Google Now launcher by dragging them to the top/right of the screen. So simple, so useful. 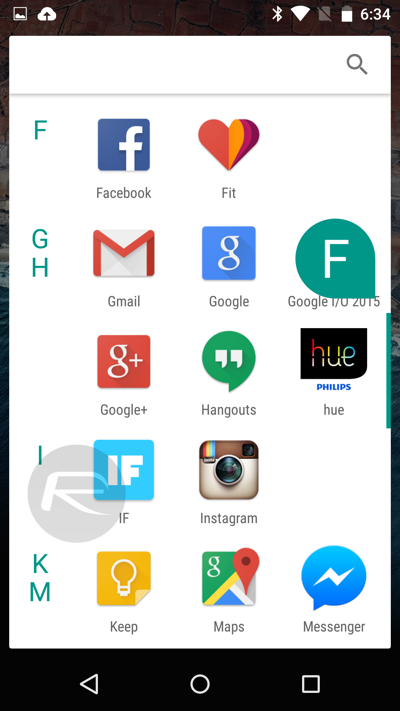 Android M has a brand new App Drawer which scrolls vertically, unlike the one found in Lollipop. So if you have a lot of apps installed like we do, then scrolling through them all quickly can be a real pain. With Android M though, you can quickly scroll through them using the letters that appear on the right side of the screen. Just tap and hold and scroll vertically up and down to find your favorite app.

Also worth mentioning is the presence of a text search box for finding apps followed by your most recently used app shortcuts in first row. 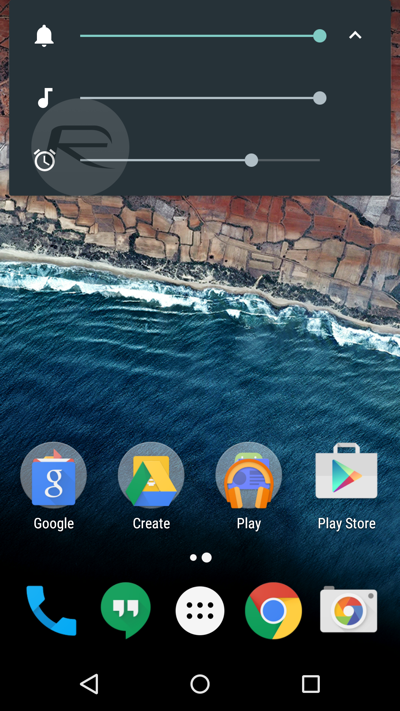 One thing that can be a real pain is when you set the volume of a smartphone high so that you can hear an important phone call and then blow your ears out the next time your phone play any other music or sound. Now, with Android M, you can set the volume for different situations independently. Simply press the disclosure arrow when the volume controls are on-sreen to see the additional sliders. 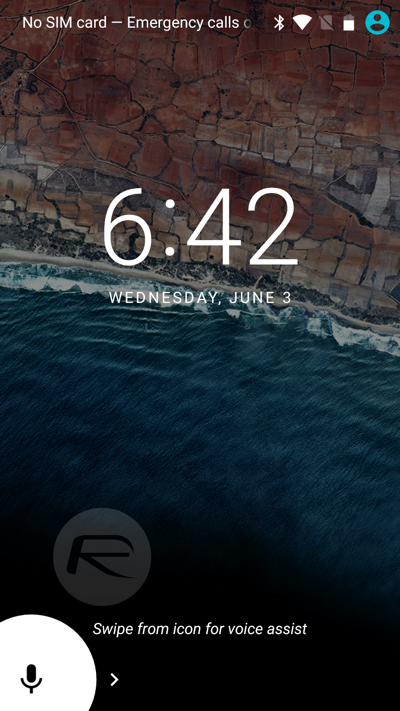 A simple one, this. Swipe from the left to right on Android M’s lock screen for quick access to Google Voice. Great if you’re a user, useless if not.

And that’s it for now. We’ll keep our eyes peeled for more Android M goodness as we use it more.