If you thought that a notebook computer was a foldable computer, you were apparently wrong. Lenovo says that it has made the world’s first foldable PC, and while it’s still an early prototype, it looks pretty great. It doesn’t have a name yet, but for now it’s being included in the ThinkPad X1 family of laptops.

The easiest way to think of this foldable PC is to imagine a Galaxy Fold, but larger. In fact, its so much larger that it features a flexible 12-inch 2K OLED panel from LG Display. 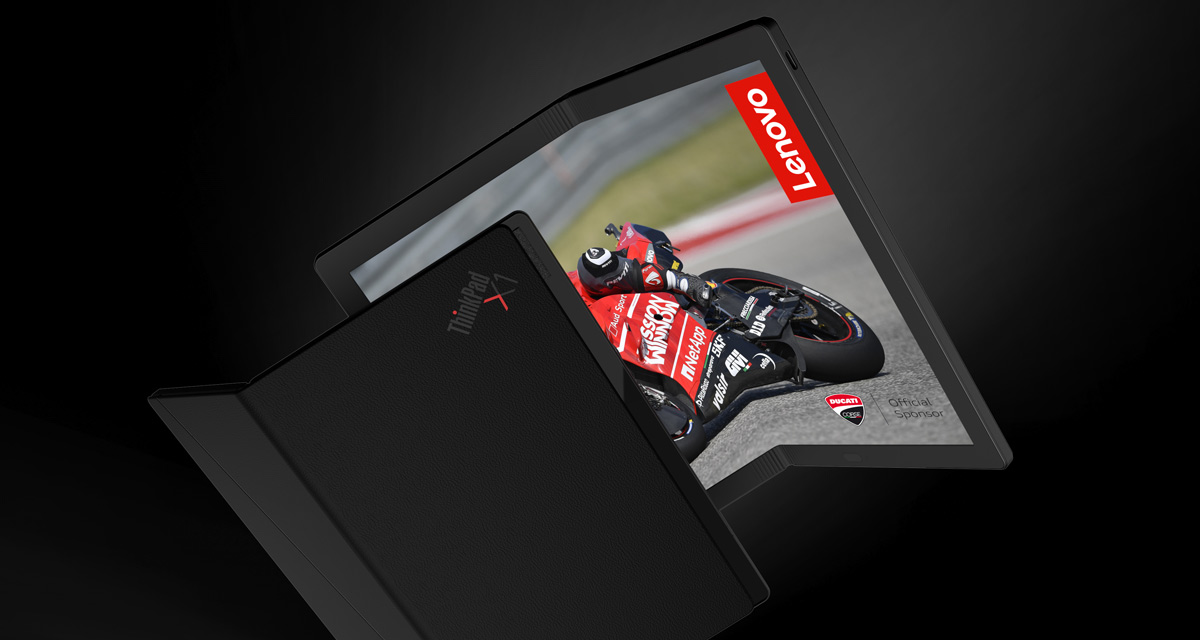 That display can then be folded to create a smaller 9.7-inch screen, with the other half of the larger display turning into a touch-based keyboard.

That sounds very much like the concepts we’ve seen of MacBook Pros with iPad-like keyboards, and if you like typing on glass then this thing is immediately going to sound awesome. If you don’t, and you’d rather use the machine as a normal notebook, you can fold the screen open and use the included wireless keyboard instead.

The concept was unveiled at Lenovo’s Transform event at the Accelerate conference in Florida.

At Accelerate, we’re unveiling a preview and demo of the world’s first foldable PC1. Made for highly mobile, tech-savvy professionals who demand the best tools, the new foldable PC joins the premium ThinkPad X1 family, promising that the unprecedented portability will in no way compromise productivity and reliability. This is not a phone, tablet, or familiar hybrid; this is a full-fledged laptop with a foldable screen.

This space-saving ThinkPad combines laptop productivity with smartphone portability to fold into your lifestyle like never before. 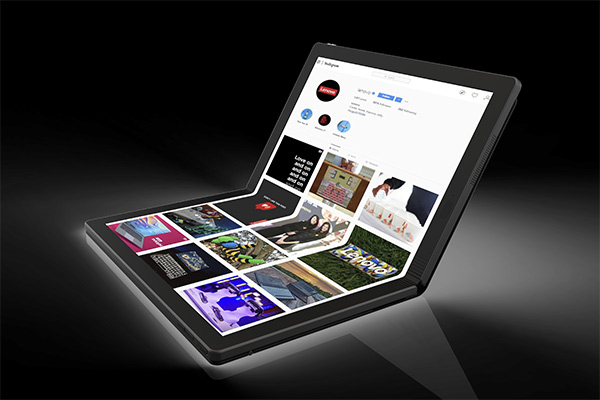 This may be the logical progression of the notebook and tablet conversion, or it may be something that we all think we want but ultimately turns out to be unusable in real life. We won’t know for a while yet though – Lenovo says the foldable pc won’t be ready for stores until 2020.