iOS 12.3 Final Release Notes, Changelog And Features You Need To Know About

After a prolonged period of internal and external testing, Apple has finally released iOS 12.3 to the general public. For those with a compatible iPhone, iPad, or iPod touch, or software lovers in general, this is an important release for Apple and will likely take us into WWDC and the maiden unveiling of iOS 13.

This iOS 12.3 release follows hot on the heels of Apple’s previous major release, iOS 12.2, and immediately offers some direct benefits to those with a compatible iPhone, iPad, or iPod touch. 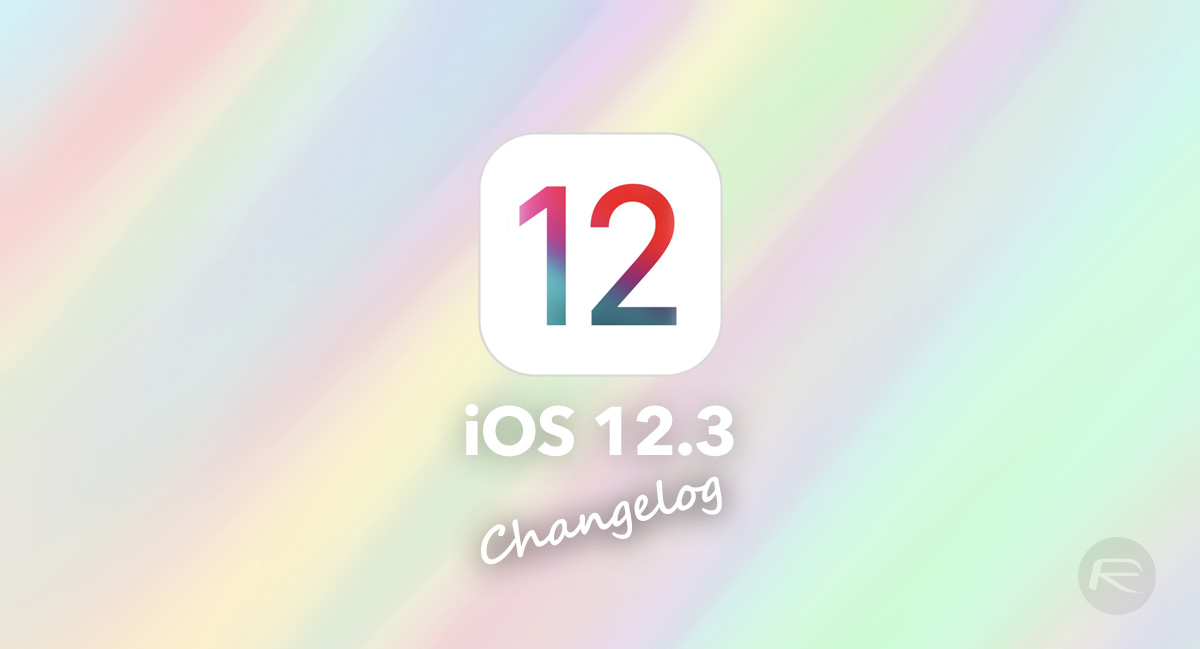 It doesn’t unearth and unveil monumental and groundbreaking functionality but it definitely does ensure that iOS takes the next big step forward and streamlines the whole platform for a combined iOS/tvOS experience across iPhone/ iPad and Apple TV running tvOS 12.3. This firmware has been weeks in testing, meaning that its release shouldn’t exactly be a surprise, but it’s still great to have it out in the wild and available for public consumption.

As always, Apple may like to hide the verbose release notes and changelog with each pre-release seed of iOS but always includes intricate release notes for the sake of the general public with a full and final release.

Where iOS 12.3 is concerned, you can find the full changelog below: 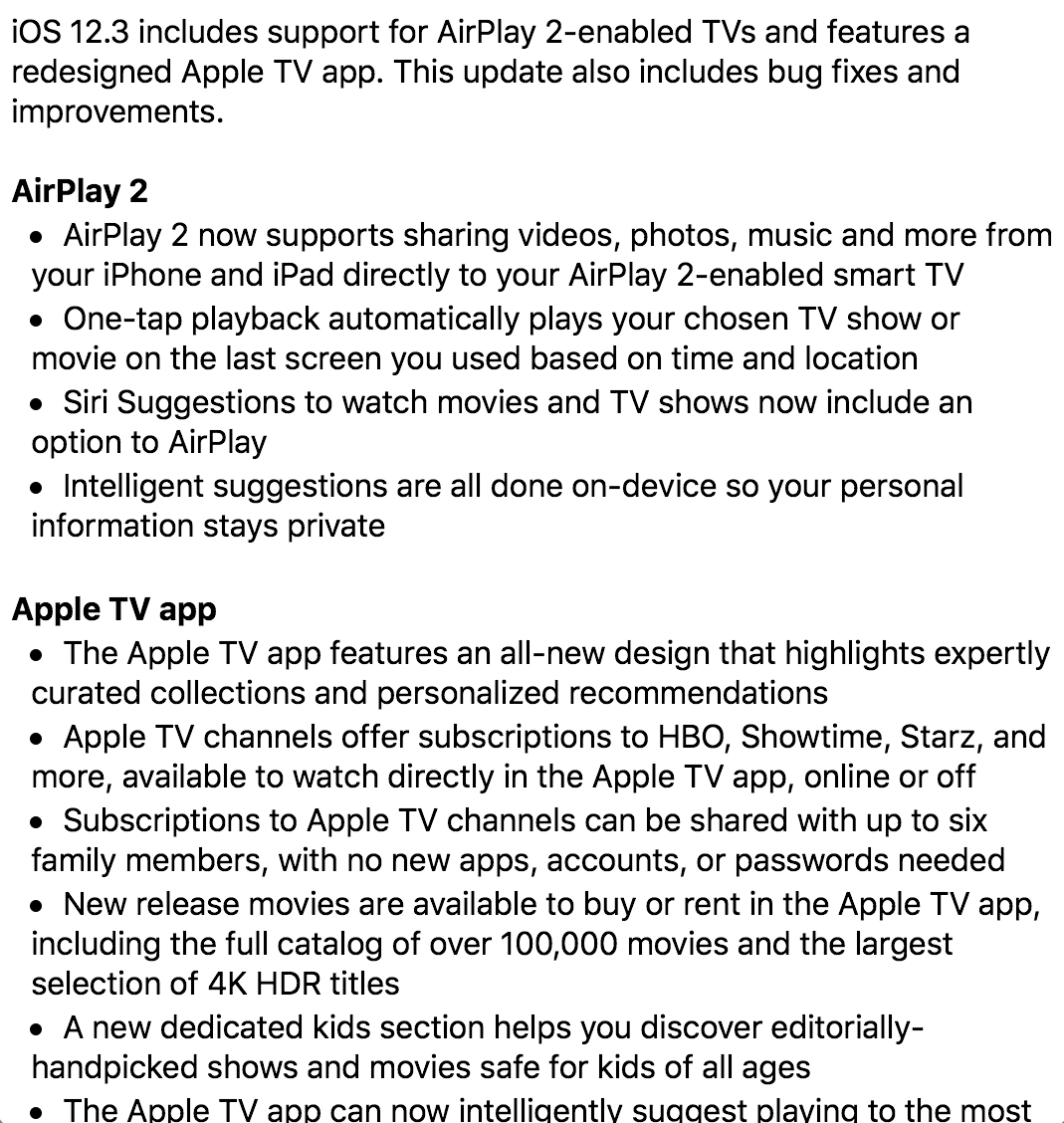 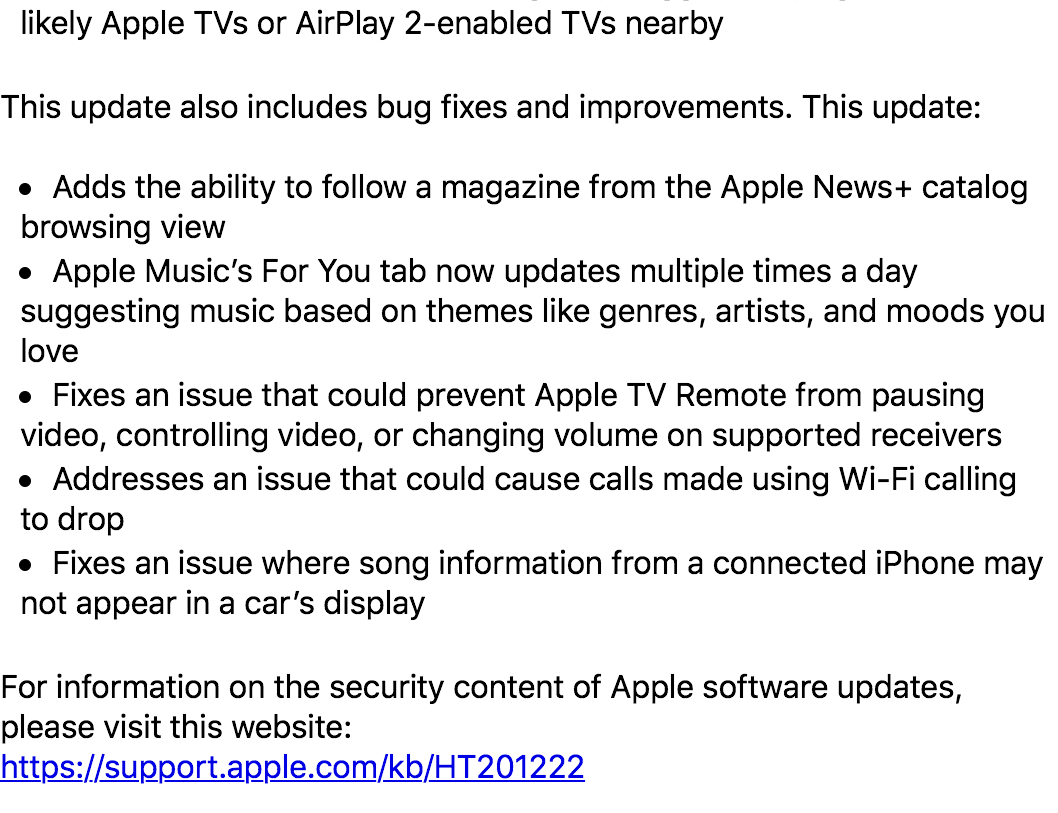 We get it; some people simply don’t want to read something on a screen when it comes to software updates. The real proof is in the pudding so to speak, which means that you really can’t understand what’s on offer until you download it and can physically interact with the software on a compatible device. So, with that in mind, you can do that right now by heading to Settings > General > Software Update on your device if you haven’t already done so.

When you go through that process, you can also directly see the changelog pertaining to iOS 12.3 directly on the device itself. This gives you an opportunity to hear it from the horse’s mouth so to speak and gives you the chance to accept or reject the update based on what you read during that process. Grab it right now and enjoy everything offered by iOS 12.3.