Apple has finally released final public-facing versions of watchOS 5.2.1, tvOS 12.3, and macOS 10.14.5. With this release, Apple Watch, Apple TV, and compatible Mac owners are able to download the latest versions of the relevant firmware.

Let’s dive right in and take a general overview of what Apple has deemed worthy of inclusion in the latest public versions of watchOS, tvOS, and macOS. 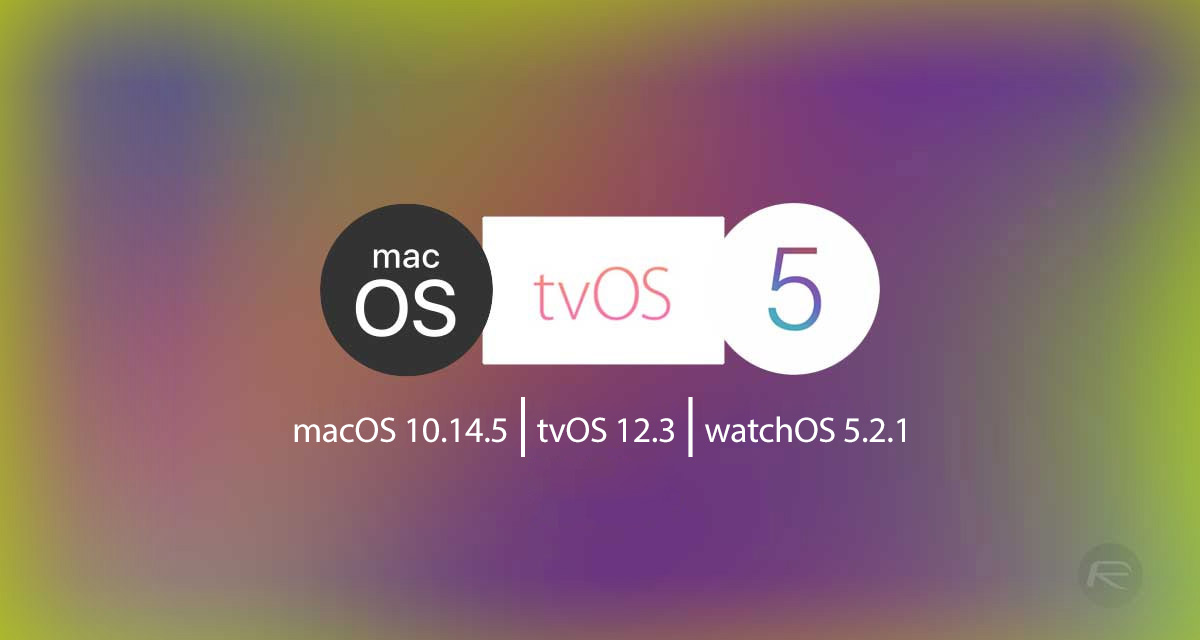 macOS 10.14.5: Apple’s previous macOS release featured things like Apple News+ and introduced the News app to the Canadian demographic. This update doesn’t expose such goodness but does stabilize the platform, fix some of the wrongs that were introduced in macOS 10.14.4, and generally introduces a number of bug fixes and improvements to the platform which powers a slew of desktops and laptops.

tvOS 12.3: This update – like iOS 12.3 – is all about the revamped and improved TV app. With this update, access to TV shows, movies, sports, news, documentaries, and more is provided, and there is even a dedicated section for the children in your family. Apple has also taken the opportunity to revamp the user-interface and overall experience of the app to make it a lot slicker and more usable.

Like the iOS version, tvOS 12.3 also exposes a brand new algorithm within the TV app designed to ensure that you get access to the very best programming tailored to your needs. There is also access to a new array of subscription-based content in the new Channels section.

watchOS 5.2.1: Apple Watch is one of the most popular watches in the world right now and that is thanks, in part, to the powerful firmware which powers it. Apple may not have introduced any major functionality with watchOS 5.2.1 but the company has definitely improved the platform with a slew of bug fixes and under-the-hood improvements. This should mean that everything is just that little bit slicker on all supported Apple Watch hardware.

We also have the useful ECG pouring into new territories with watchOS 5.2.1. Iceland, Poland, Croatia, Czech Republic, and Slovakia are all set to receive the life-saving feature.

All of the firmware versions mentioned above are available to download right now through the various Software Update mechanisms on a compatible device. Be sure to act with haste and get amongst the releases right now to start benefitting from the latest and greatest in watchOS, tvOS, and macOS.

Update: Apple has also released HomePod OS 12.3 final version alongside the aforementioned software updates. You can learn how to update your HomePod to latest update using our guide here.