Apple saw shipments of iPhones to Gulf countries increase by a massive 55% during the final quarter of 2020 when compared to the quarter prior. That’s according to new research by IDC.

Akash Balachandran, IDC’s senior research analyst, says that Apple’s supply constraints could be the reason why the 55% number wasn’t even higher.

As a whole, the Gulf saw its smartphone shipments grow by 2.3% in the final quarter of 2020 when compared to the quarter that came before it. That was clearly helped by Apple’s strong performance, although Samsung remains the most popular smartphone manufacturer in the region. The company accounted for 42% of shipments, while Apple’s devices were around 23%. Xiaomi and Huawei were the other main players, with everyone else picking up the scraps.

Apple has a whole new lineup of iPhones expected to ship in or around September later this year. 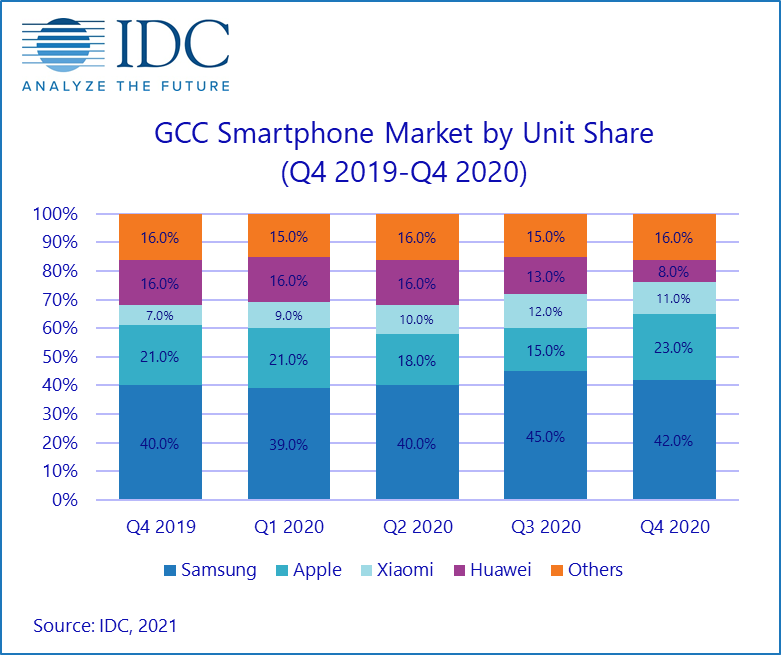 It remains to be seen if Apple will be able to avoid the supply constraints of last year, but it could be in for bumper sales if it pulls it off. The easing of the COVID-19 pandemic could well help things along in that regard.