The Bash Shell Is Coming To Windows 10

Well, there’s something we didn’t expect to happen.

Microsoft’s Build developer conference is similar to Apple’s WWDC and Google’s I/O developer get-togethers, and while it does offer new releases and information on upcoming ideas just like the aforementioned competitors, Build isn’t the kind of place you expect to see the Bash shell running on Windows 10, but alas, that’s exactly what happened. 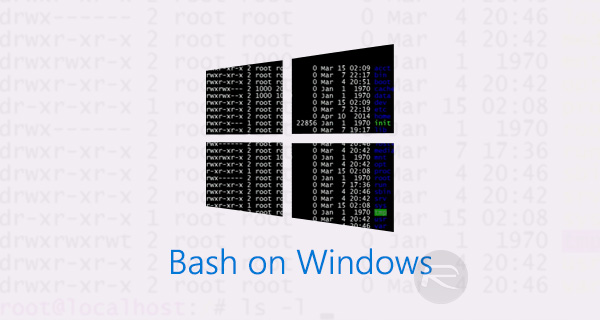 “The Bash shell is coming to Windows. Yes, the real Bash is coming to Windows,” said Microsoft’s Kevin Gallo on stage during the Build 2016 keynote. That line alone was quite the statement, and the announcement was extremely well received by those in the audience. With good reason, too, because while Microsoft does have its own server architecture and systems that run on top of it, Linux and the Bash shell are synonymous with much of the world’s back-end systems. Bash native to Windows is a big deal, and while people who wanted to run Bash shells could do so before now, this is the first time Microsoft has blessed such a thing, and it’s native.

In fact, Microsoft has partnered with Canonical to bring Bash to Windows, and if the name rings a bell, it’s because it is the company behind Ubuntu. As Microsoft’s Scott Hanselman pointed out in a blog post on the subject, “this is a genuine Ubuntu image on top of Windows with all the Linux tools I use.” It’s that consistency, allowing Windows 10 users to take advantage of the same Ubuntu tools and environment they need in order to get work done, that makes this announcement so huge. 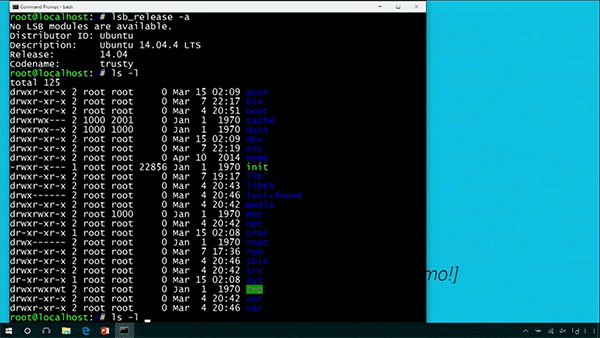 Most people using Windows 10 won’t ever know that Bash is available to them, but those that need it will certainly make good use of it. They’ll have to wait a little while, though, with Bash coming as part of this summer’s Windows 10 Anniversary Update.

Microsoft has since published a detailed walkthrough of Bash on Windows, which you can view below.