Teslas Reach Mount Everest Base Camp For The First Time

Teslas have made their way to base camp at Mount Everest for the first time, with the Chinese arm of the company seemingly very keen to tell everyone about it.

According to a YouTube video via Electrek, two Teslas — a Model Y and a Model X — were used to drive to base camp. As Electrek points out, “Tesla recently completed its Supercharger route along the China National Highway 318 (G318), which runs from Shanghai to Zhangmu across 5,476 kilometres (3,403 miles).” 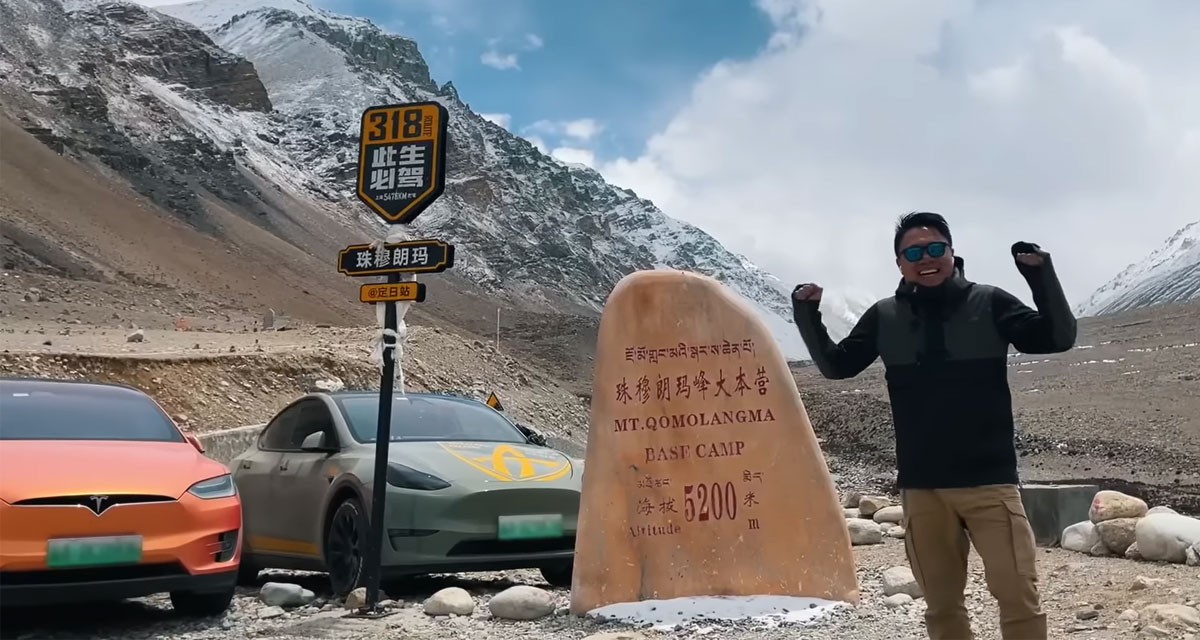 Trensen, a Chongqing-based bridge designer and travel vlogger, and his friend set out to test the route from Chengdu to the Mount Everest base camp – around 2,339 km (1,425 miles) and nine Supercharger stations. The distance itself is not that impressive. I just drove a similar distance from Quebec to Mississippi in a Model 3 last week, and it was actually quite easy.

The reason it’s thought that this is notable is that the two electric cars were able to make the journey despite it being particularly difficult for EVs, including the use of wheel chains at some points.

Those, in particular, are known to destroy battery life, making the journey more notable. The travel vlogger also had to sleep in the vehicle, again draining the battery while using climate control. The video closes with Tesla reminding us that it has already installed more than 8,700 Superchargers at more than 1,200 sites across mainland China.