After initially being rumored to be working with TSMC to produce its 5nm self-driving car chip, it seems that Tesla will now be teaming up with Samsung instead.

That’s the news according to a new report by Asia-E (via Electrek).

According to that report, Tesla will be working with Samsung with an eye to using a new 5nm chip that will power the company’s self-driving cars.

According to related industries on the 25th, the Samsung Electronics Foundry Division is currently conducting research and development (R&D) on 5nm-class system semiconductors to be mounted on Tesla autonomous vehicles. The 5nm semiconductor applied with the extreme ultraviolet (EUV) process is a high-tech product that only a small number of companies such as Samsung Electronics and TSMC can produce worldwide.

It shouldn’t be all that much of a surprise that Samsung could be working with Tesla considering the chipmaker is already the provider of the chips used in Tesla’s hardware 3.0 technology. That chip is now very much long in the tooth however, with it being based on the 14nm technology of yesteryear. 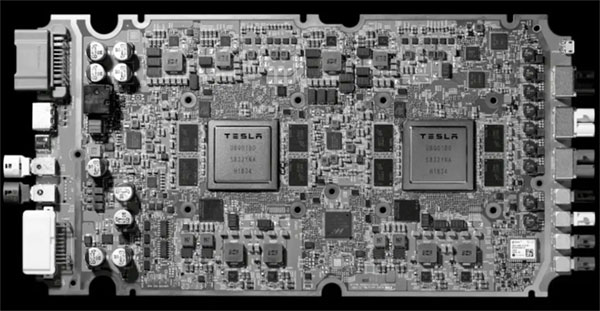 By moving to a 5nm process Tesla will be able to save power, heat, and potentially physical space that will all be beneficial. It’s thought that we can expect mass production of the new chips to kick off in the final quarter of 2021 with cars not expected until next year.