Whether, in actuality, smartphones and tablets make us more organized, functional beings is a matter of debate, but certainly, being in possession of a device offering calls, SMS, web, e-mail and pretty much everything in between, is supposed to make our daily digital (and indeed, non-digital) errands just that little bit easier to run.

If your smartphone is a key cog in your quest to keep some structure to your daily life, then you’ll have no doubt stumbled across one, or some, of the many, many to-do apps gracing Apple’s iconic App Store. Great in numbers they most certainly are, but although the majority of them show promise, none of them seem to be able to ghost into our lives as we want them to. When it comes to keeping up with life’s checklist, we don’t want to have to think about it, and although quite a few developers of such apps seem to have forgotten this, Nuage touch looks to have delivered a pretty useful to-do application. 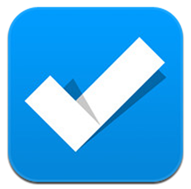 Okay, so its icon does include a tick, which is rather annoying since at least 75 percent of such apps do this, but don’t let this oversight fool you into thinking Task is just another, run-of-the-mill to-do application.

It kind of reminds me of Clear in that it has an extreme simplicity about it, and keeps things babyishly easy to follow from the get-go. I always think, if an app purporting to make your life easier requires a tutorial on how to use it, it’s probably not worth the trouble. Task isn’t like that at all, and after a 15-second briefing, you’re ready to get started. 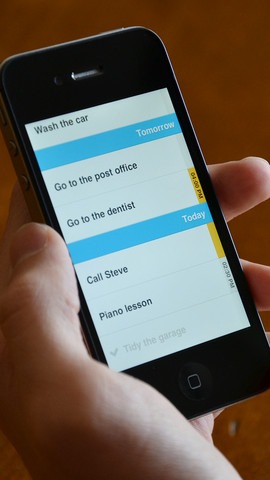 Whereas Clear seems to mesmerize users with that sweeping pallet of color, Task keeps things nice, minimal and clean, and all you need to do to get going is tap. A long press allows you to switch the ordering of your tasks, and pinching apart lets you place a task between two currently existing entries to your to-do.

You can add an alarm to a task, and although you probably won’t need a sound prompt for every new task, it’ll help you keep in sync. You can easily switch tasks to earlier days, so if you’ve been decidedly productive, you can create additional (relaxation) periods for the next day / week. 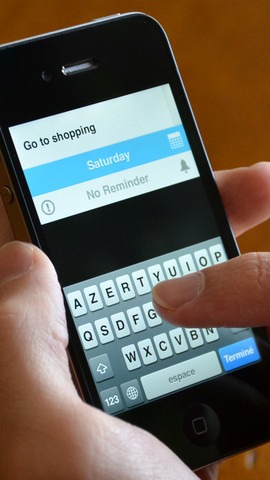 This is, by no means, a replacement for a fully-fledged calendar app, but if you like to spend your weekend planning for the week ahead, Task is certainly one you’ll want to try. It’s only $0.99, and if you’re looking for a short-term task management app, check it out via the link below. 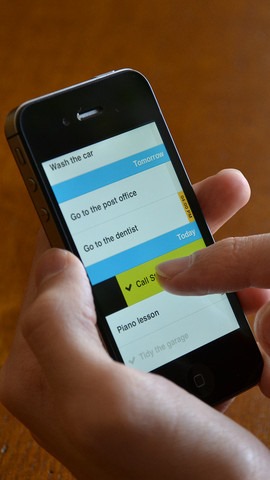