The Vice President of Swype Inc. has confirmed that his company has been in talks with Apple, and although he stopped short of divulging any details on whether the Swype keyboard technology could be headed to iOS in the near future, it would seem from the comments he made during a Reddit AMA that things went rather well.

"We have chatted with them," noted Swype’s VP Aaron Sheedy, who then went on to add that "they [Apple] are very smart and nice." Of course, this in no way constitutes proof that Swype could be implemented within the Cupertino’s flagship mobile OS in some kind of licensing deal, but that’s the natural supposition we’re almost obliged to make. 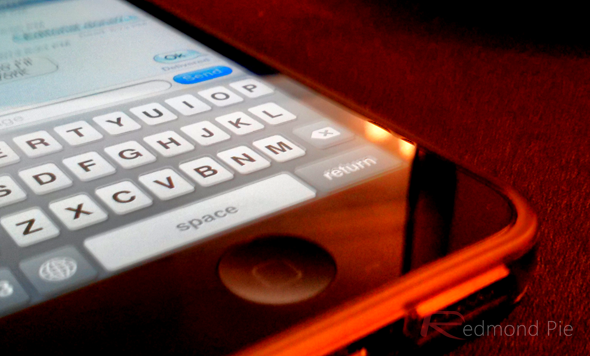 Earlier on this week, we learned that Swype for Android, a popular system allowing for intuitive, gesture-based typing, had finally been released as a standalone app on the Google Play Store. The company behind it, Swype Inc., had teased the technology to beta testers a couple of years back, but instead of releasing it to the public thereafter, moved the goalposts by insisting that Swype would be instead distributed to hardware manufacturers and pre-installed on select devices.

During the time between the beta testing phase and the public release, several other companies emerged with similar applications, and with Gesture Typing also a stock feature of Android Jelly Bean, the release of Swype seemed a bit too little, too late.

But considering that Swype was recently purchased by Nuance – a company with close ties to Apple given that Siri uses Nuance’s voice recognition technology to process the utterances of iOS device users, it’s certainly not beyond the realms of possibility that some kind of Swype functionality could make the cut of Apple’s popular mobile ecosystem.

The iOS keyboard is, at present, rather one-dimensional, and since the display on the iPhone and iPod touch hasn’t gotten any wider through the years, typing can, for many, be a great deal more challenging than it perhaps ought to be.

What do you think – would the iOS keyboard benefit from some Swype integration? Or do you see the keyboard as fully functional just as it is? Please do leave your comments via the usual mediums below!