Swype, the once-revered piece of software bringing an intuitive gesture-based typing system to Android, has finally been released as a standalone app, and can be downloaded right now over at the Google Play Store. There’s a free trial from which you can test Swype’s credibility, and if it does make your typing experience that little bit easier, you can buy the complete app for a cool 99 cents.

If you aren’t familiar with Swype or its history, perhaps a little background info is in order. A couple of years ago, back when Android smartphones were predominantly smaller than they are today, those with fatter fingers often struggled to type coherent blurb without making frequent errors, and this naturally hindered what should otherwise have been a pleasurable experience. 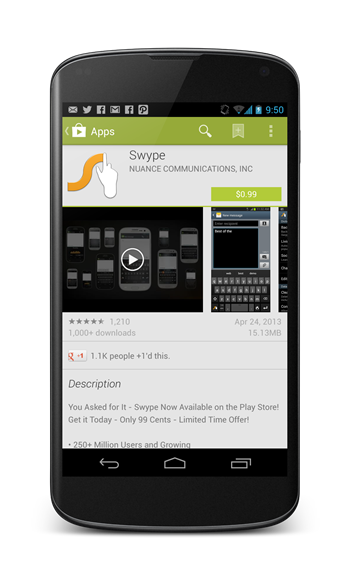 Swype Inc. then appointed itself as the savior to all with less precise finger tapping technique, offering numerous beta glimpses of its powerful, gesture-laden system which made typing easy again. But the beta testers and early praise-singers of Swype were in for a rude awakening when the company revealed that the technology would be sold to hardware manufacturers, and so they would have to buy one of those devices to enjoy the benefits. Suffice to say, many felt used, others cheated, and if there was a counseling app over at the Google Play Store, it would probably have achieved significant spike in downloads during this period. Even Android 4.2 comes with a Swype like keyboard called Gesture Typing! 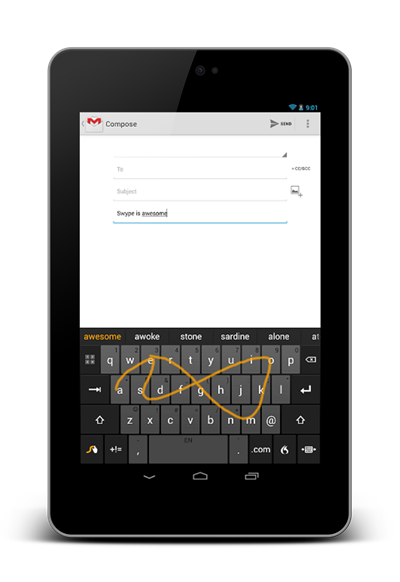 Roll forward three or so years, though, and Swype has been purchased by Nuance, and the new ownership has seen a change in the way the software is distributed. Swype is now available for anybody on Android to try and or buy, although it’s worth noting that, at least for now, it’s only available for smartphones. 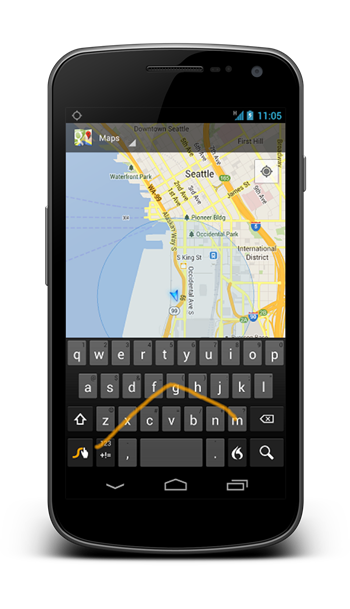 The problem Swype now has, however, is that while it was heavily lauded upon initial unveiling, there are now umpteen apps catering to this particular issue. Still, even if you have your alternative sorted out, the free trial of Swype means there’s no harm in checking it out, and you can do so via the link below.

(Source: Swype for Android on the Play Store)

Make sure you check out our Android Apps gallery to explore more apps for your Android smartphone or tablet.