Apple may be asking registered developers and public testers to put iOS 11 through its paces but that doesn’t mean that the support and compatibility improvements for iOS 10 jailbreak tweaks have stopped. One of the latest to land in Cydia for those devices is SwitcherControls, which brings its multitasking and Control Center amalgamation directly to iOS 10 devices. 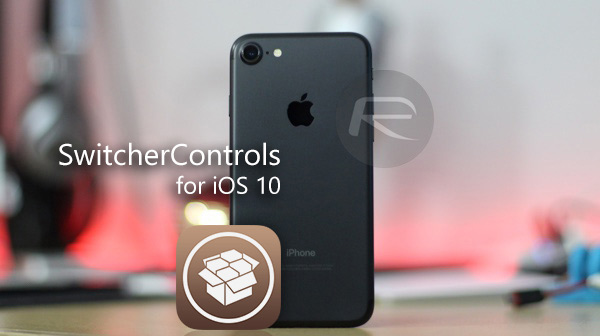 Apple has placed a lot of time and engineering resources into improving various aspects of iOS over the years. If you take a look at the original introduction of multitasking back in iOS 4 and then compare it to the native multitasking in iOS 10 that we have today, you would really have to take your hat off and give credit where credit is due for that progression.

SwitcherControls for iOS 10 is a progression of that system which takes Control Center and puts both in the same place for ease of use and additional power. It’s kind of how the experience is now on iOS 11, well at least on iPads.

Rather than having to invoke multitasking app switcher to view backgrounded apps or kill them, or swipe up to get Control Center in view, SwitcherControls puts them both in the same place with a simple double-tap of the Home button. The system still shows the individual cards which represent each app running in the background, and everything that you could previously do is still functional. Tapping on an app will reload it back into view, whereas swiping up on that app will still remove it entirely from the background of the device.

But like mentioned earlier, it also now integrates Control Center toggles along the top and bottom of the interface which makes the whole experience more accessible and doesn’t require moving into two different parts of the system to access these things. The developer has also integrated a fairly decent preferences panel which allows the user to customize the experience to their own tastes and desires. This includes section layouts and changing the individual quick launch shortcuts and individuals toggles which appear in the interface. 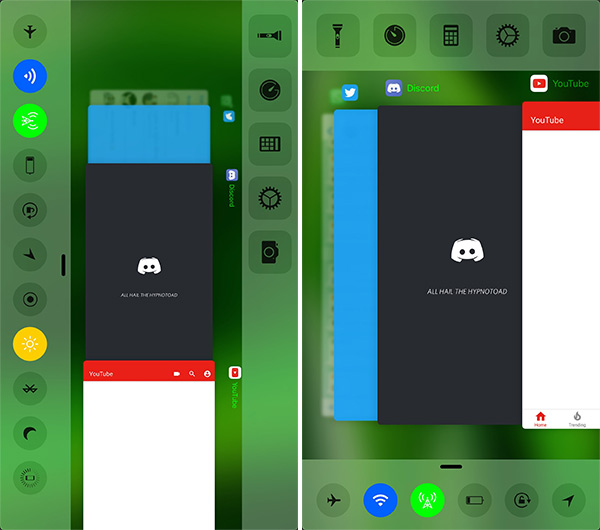 This is yet another example of developers taking the opportunity to update and release popular packages to offer compatibility with iOS 10. If this is the type of thing that you have been looking for, or you simply love the idea of multitasking and Control Center being merged together, then this is definitely the package for you.

SwitcherControls can be grabbed for $1.50 from the BigBoss repo in Cydia.