Stats Reveal iOS 8, Android 4.0 Most Likely To Crash Your Apps

Stability across different versions of mobile operating systems is never easy, not at least because developers are usually trying to cram as many new headline-grabbing features in as possible. At some point it’s almost inevitable that bugs are going to sneak through.

The real question is just how many and, importantly, are they showstoppers. Crittercism has released numbers that it says should give us an idea as to which versions of Android or iOS are the most stable thanks to its data which analyses crash reports. Based on knowing which apps crash on which versions of Android and iOS, as well as how often, you can start to form some sort of idea as to overall stability.

So across both Android and iOS, which version is the least stable?

As far as Android is concerned, version 4.0 Ice Cream Sandwich is the one to watch out for. According to Crittercism’s stats, Ice Cream Sandwich is the version of Android that is most likely to see an app crash when compared to others, with Android 4.4 KitKat not too far behind. It’s interesting that the newest version of Android, Lollipop, doesn’t seem to rank too highly as far as app crashes are concerned.

Over in the world of iOS, things are a little different. For starters, the newest version – iOS 8 – is the culprit when it comes to most app crashes, with the much changed iPhone and iPad operating system receiving quite the bad reputation for stability both anecdotally and statistically thanks to Crittercism’s stats. 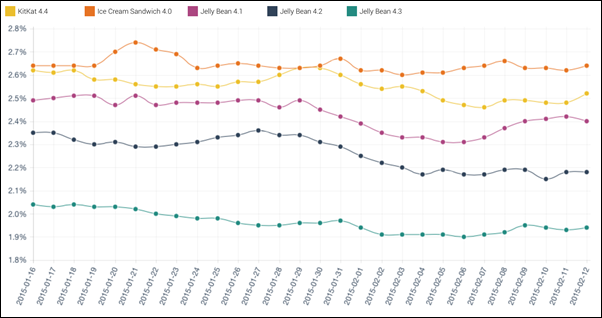 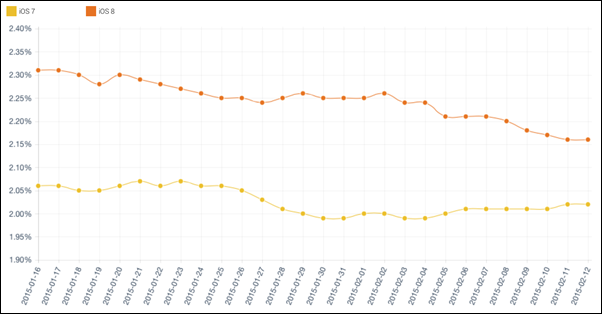 While there isn’t a huge amount to be gleaned from all this, we find it interesting that stability doesn’t necessarily come with more releases, especially with iOS. It’s arguable that iOS 8 has issues because of the number of changes involved in it and the relatively short amount of time Apple has had to rectify them. None of that matters when you can’t send an iMessage because the app won’t work, though.