Being able to have a plethora of powerful features while also having quick and efficient access to music playback is one of the great benefits of smartphone ownership. Once upon a time, mobile phones would have only come with certain limited features meaning you would be lucky if you got the ability to playback MP3s, never mind listening to those songs on the fly while using other apps. Having said that, listening to music can sometimes be intrusive and can detract from the main usage of the phone.

Some jailbroken users may even have suffered from installing some tweaks from the Cydia store that get in the way of the native music controls that are included as part of iOS and therefore have difficulty managing their tunes while doing other things. The developer of the SpringMusic package within Cydia has obviously suffered from this affliction as he has produced this package to allow users an additional way to access all of the music controls from anywhere on the device. 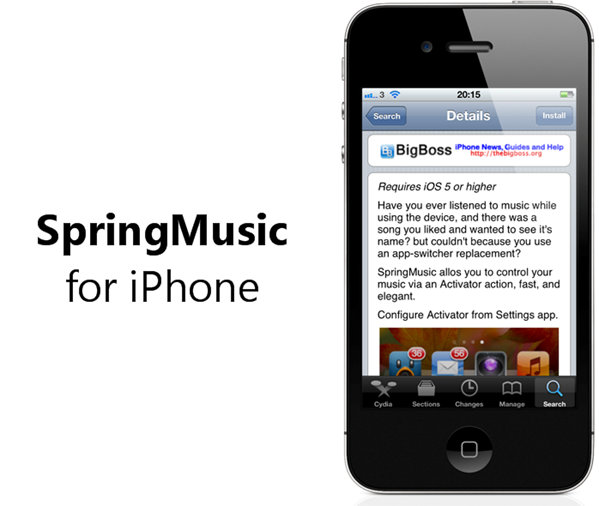 After installation, SpringMusic doesn’t bring any additional home screen icons or settings options. The package is entirely handled through the Activator menu that allows users to specify a specific action that invokes the SpringMusic package. When the Activator action has been determined and used, SpringMusic opens in a very similar way to the native app switcher bar at the bottom of the iOS device display. The main screen animates up and brings in a set of music controls at the bottom that not only gives access to controls to handle the music, but also provides information about the currently playing track and access to AirPlay controls. 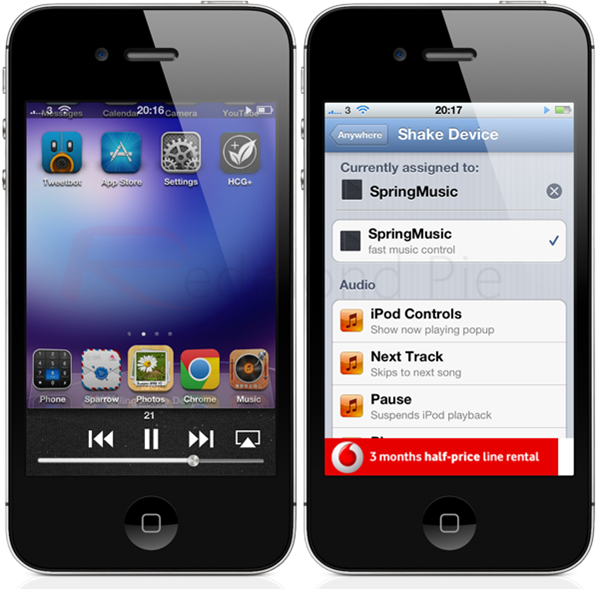 All of the usual controls are available such as being able to play and pause music as well as fast forward to the next available track or play the previous. Labels within the interface show the currently play song, artist information and the song album. For those that need access to music controls in this manner, the free of charge SpringMusic package is a great offer that only seems to be lacking the actual album art work being displayed.

SpringMusic is available as a free of charge download from the BigBoss repository and requires iOS 5 or above to be installed on the jailbroken device.