If you’re using a relatively recent iPhone, then you’re using a Sony sensor when you take a photograph and the Japanese company has today announced a new version of that sensor, this time pushing the resolution higher than ever.

According to Sony, the company’s new sensor boasts a world first for both resolution and pixel size, something of which it is quite rightly rather proud.

When designing iPhones, Apple has opted to offer smaller megapixel counts when compared to some of its competitors for one very simple reason: by cramming more and more pixels into a small sensor, companies create a high pixel density, which sounds great but is particularly bad when it comes to low-light performance.

It’s for this reason that Apple prefers to keep larger pixels, and Sony believes that it has solved this particular headache with its latest 48-megapixel sensor. 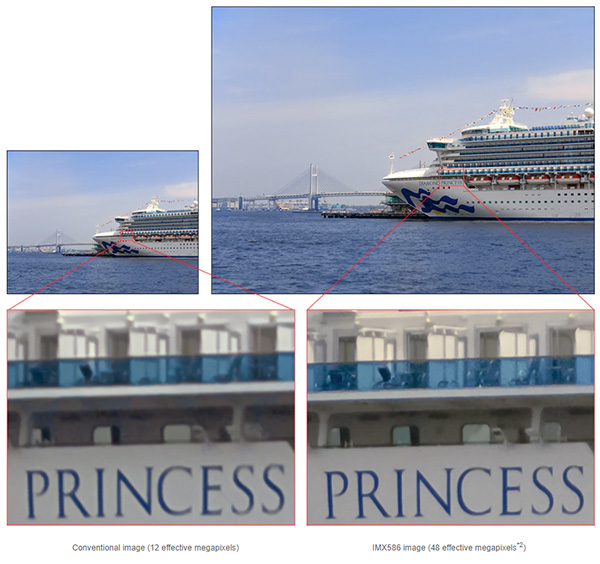 The new sensor uses the Quad Bayer color filter array, where adjacent 2×2 pixels come in the same color, making high-sensitivity shooting possible. During low light shooting, the signals from the four adjacent pixels are added, raising the sensitivity to a level equivalent to that of 1.6 μm pixels (12 megapixels), resulting in bright, low noise images.

While the sensor could theoretically make an appearance in a future iPhone, it’s more likely to pop up in Sony’s own handsets, although we don’t yet know when that might happen. 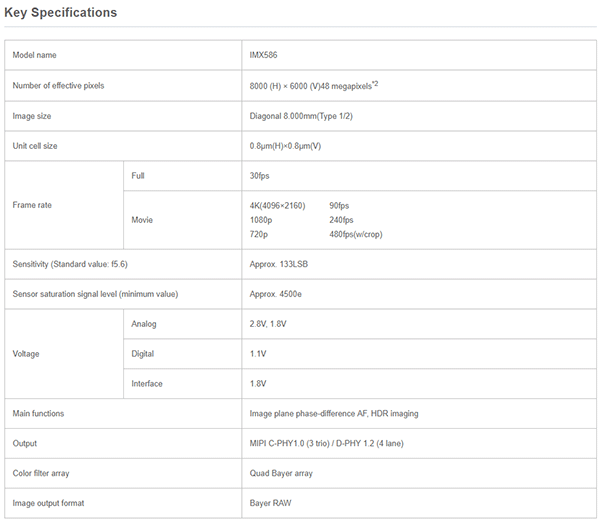