Just like the Xbox 360’s famed Ring of Death, the Blue Screen of Death (BSOD) is almost always a sure sign that your PC is in need of a service, but while it has been the bane of Windows users’ lives for many a year, it’s not something we would usually associate with Apple products.

However, while the iPhone 5s has yielded mainly positive publicity since first being unveiled a couple of weeks back, it would appear as though quite a few users of Apple’s latest and greatest flagship smartphone are seeing their own version of the Blue Screen of Death. Although the issue doesn’t seem to be widespread, it’s rather ironic that even though the iPhone is constructed in a different way, by a different company, and runs on a completely different platform, it still cannot escape grisly death by blue screen. 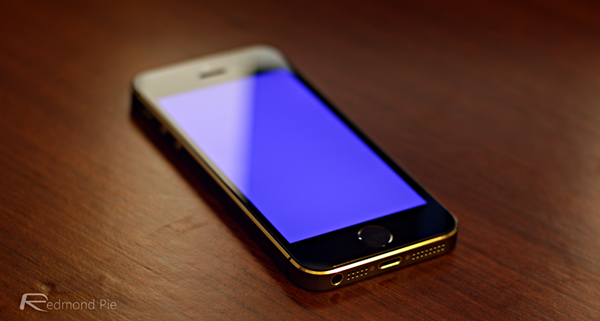 Of course, dramatics aside, it doesn’t seem as though the blue screen is a result of any hardware or mechanical failure. Instead, it looks to be an issue that crops up when Apple’s own iWork apps are in use, although some users have reported occasions of the Blue Screen of Death at random times.

It forces the handset to reboot, and although there seems to be a growing level of panic among a certain faction of the iPhone 5s community, it’s hopefully something Apple can come through and fix in an iOS software update. The fruit company only recently dropped iOS 7.0.2, which saw to those glaring holes in the lock screen allowing potential intruders to run riot, and although the release of iOS 7 has been fairly incident-free in comparison to iOS 6 and the Maps fiasco, new software will almost always encounter one or two teething issues at the beginning.

As for a solution to the iPhone 5s’s very own Blue Screen of Death, there are one or two. Notably, if your BSOD occurs when using iWork, disabling iCloud syncing for each of the three iWork apps should stop the blue screen from cropping up. Obviously, if you absolutely need iCloud sync on a regular basis, then you are probably going to have to persevere and hope that Apple comes through swiftly with a fix.