If you’re a Mac user and live and breathe Skype, or just use it occasionally to talk to your distant friends, you might be happy to know that the application has been updated to add support for OS X Lion as well as HD video chats. These improvements come in the form of Skype 5.3 which is available to the public today.

Until today, Skype hadn’t been updated after the release of OS X Lion, the new major release of Mac OS X designed to run on Mac computers of all shapes and sizes. While Skype 5.2, the previous version, only had minor compatibility bugs and worked almost flawlessly, at least for the vast majority of Mac users, this new Skype update ensures that all compatibility issues have been resolved, while still maintaining support for older versions of the system, as Skype explained in a blog post:

Skype 5.3 for Mac OS X is built to work with Apple’s newest desktop operating system, Lion, in addition to being compatible with past versions of OS X going all the way back to Leopard.

In addition, this update includes a new feature that all Mac users will benefit from: HD video calls. With any compatible HD camera, including the high-definition FaceTime camera that’s built into every new iMac, MacBook Pro and MacBook Air, as well as third-party hardware, such as the Logitech C910 which is available from the Skype Shop. This single new feature, available to all users with a minimum of upload/download speed of 1.5Mbps. 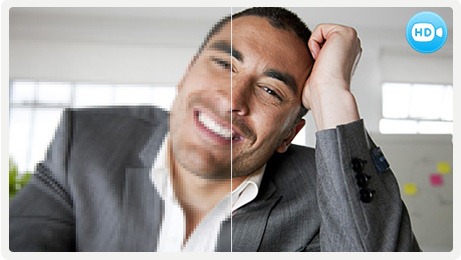 There are also some user interface improvements, such as a new thumbnail view for contacts, which makes avatars much more prominent than before. If you find this new look annoying, you can always change to the regular grid view.

All Mac users are advised to download this update right now, by heading to the Skype menu in the Menu bar and selecting Check for Updates. Skype 5.3 should immediately be detected and an option to install it should be available. Otherwise, head over to this link for a fresh download for your Mac.

Skype is a service that allows users to make free audio and video calls between Skype users and very cheap calls to regular phones, including international numbers. This service, which was originally only available on Windows, Mac and Linux computers, can now be used on all major smartphone platforms including iOS and Android, leading many to endorse as a good replacement for regular phone plans.