Skype has just launched an iPad-optimized version of their app on the App Store. 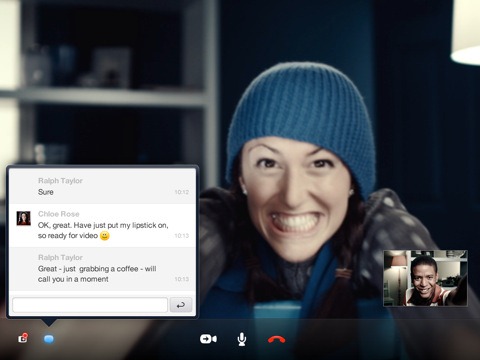 Just over a week ago, a demo video showcasing Skype for iPad popped out of nowhere which was picked up by RazorianFly. Although we had doubts regarding its existence, Skype later confirmed that the app being demoed in the video was, in fact, the official version of their iPad-ready app.

Today, Skype released an iPad-optimized version of their app; Skype for iPad works over WiFi as well as 3G, has all the features that are on the latest iPhone app: Video chat, voice chat, plain old chatting with text only and the ability to use Skype credits for calling landlines and cellphones just to name the basics.

Video chat is for iPad 2 only, obviously, because of its dual cameras. Owners of the original iPad, however, will have to settle with only receiving video only.

As with every Skype client, you can send/receive video to all users irrespective of their platform provided their device’s hardware and software supports it.

Simple to use:
• Join Skype on your iPad in a few moments or just sign straight in to your account.
• If you already have a Skype account, your Skype contacts will automatically be there on your iPad.
• We’ve made adding new Skype contacts really easy.
• Once they’re in your Contact list, call, video or instant message them in one touch.
• Flick through recent calls and instant messages in your Skype for iPad history.
• Skype for iPad works over Wi-Fi or 3G (operator data charges may apply). Call Skype contacts on their iPhone, iPod touch, iPad, PC, Mac and even Skype enabled TVs.

As of writing, the new app is still rolling out with initial availability being in New Zealand. By the time you read this, we expect it to be available on all App Stores around the globe. 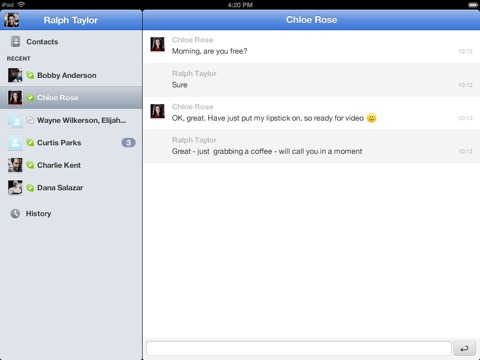 It works with iPad on iOS 4.0 and above and is, of course, available for free. You may download it from the link embedded below.