First Nokia Windows Phone To Be Unveiled On August 17th?

Today saw some movement in the Microsoft and Nokia debacle, with the two companies releasing an invitation to a joint event, to be held in Cologne, Germany. 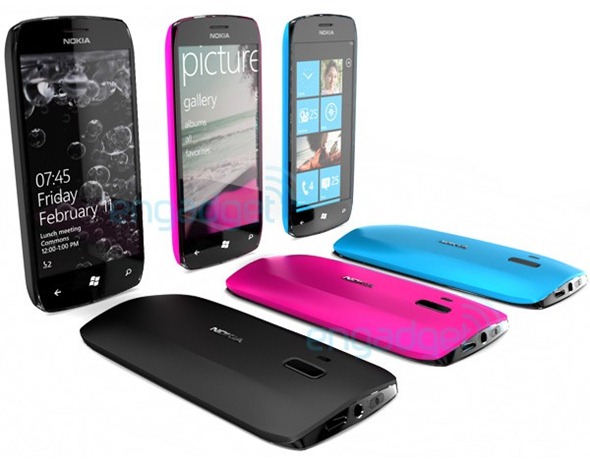 The event, to be held on August 17th,  promises "exciting actions and surprises" according to TheUnwired, with three free Xbox 360s and Kinects to be given away. Interestingly three Windows Phone 7-powered Nokia handsets will also be given away, though the lucky recipients will have to wait until the latter are actually made before they can claim their freebie. 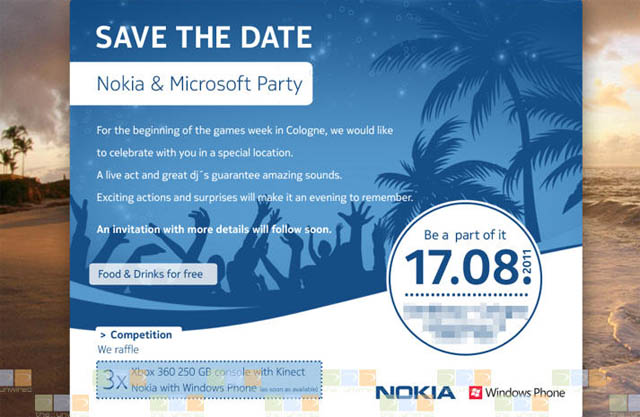 The party is expected to play host to the grand unveiling of Nokia’s first Windows Phone 7 device. Codenamed ‘Sea Ray’ and expected to be similar to the Nokia N9 in design, the handset is much anticipated amongst the industry.

Microsoft’s already under-performing Windows Phone 7 is seen as something of a savior for the ailing Nokia. After flagging sales using lackluster mobile operating systems, the once proud Finnish giants struck a deal with the boys from Redmond which sees Nokia becoming a major Windows Phone 7 partner.

Nokia CEO and former Microsoft executive Stephen Elop claims that the few who have been lucky enough to spend some time with its WP7 handset have been impressed. Considering the quality of hardware which Nokia offers in its handsets, we believe that Nokia might have a chance to take off once again into the smartphone atmosphere and compete with others. Its always been the software which has hammered Nokia’s progress lately.

The first Nokia branded Windows Phone 7 smartphone will launch later this year, in six European countries with a US release to follow later on.

Nokia hasn’t had much of a presence in the United States historically, but the inclusion of a US-based operating system could see that change moving forward.

Currently, Microsoft is relying on the likes of HTC, LG and Samsung to push Windows Phone 7 up the market share ladder. However, with those manufacturers also being major players in the Android arena, Microsoft will be hoping that Nokia’s laser-like focus on WP7 will prove beneficial.

Nokia’s handset will launch with Microsoft’s latest WP7 release, Mango, which promises to right some of the issues with the initial releases of the fledgling mobile operating system.

Even with Nokia on board though, Microsoft still has some way to go in order to compete with the likes of Apple and Google.