During Apple’s iPhone event, possibly the most awe-inspiring demonstration was that of the new Siri feature which is built into iOS 5 and the iPhone 4S. Siri’s features, which offer users the ability to almost have a conversation with the iPhone 4S, will be exclusive to Apple’s new smartphone, with all current hardware left out in the cold.

What that boils down to is now Siri for those of us using iPhone 4 handsets, which is a little irritating, if only because telling your phone what to do looks to be so darn awesome! As usual though, the hacking community is already hard at work, and they are trying to find a way to make Siri work with older iDevices. 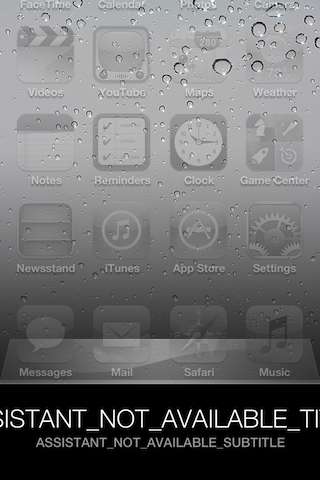 Siri means real, speech-controlled iPhones are here, with commands being spoken by the user, and carried out by the software. But it goes further than that. Siri understands natural speech, and at times, it’s almost as if you are having a real conversation with your iPhone. Check out the Apple event to see it in action.

In theory, all the software for Siri is hidden deep inside iOS 5, but it is beginning to look like there may be some hardware hooks that are not available in existing models of iPhone, iPad or iPod touch, according to hacker and developer genius iH8sn0w.

It appears all may not be as easy at both he and fellow hacker, John Heaton, had first hoped. In a Skype conversation with ModMyi, iH8sn0w told of the complications they are facing.

It’s definitely not just a plist value that you have to change in order to get Siri. Thus far, it has required a lot of searching and digging. After sending all the known information to John, I’m beginning to find that it is much harder than expected. We’re using an iPod touch 4G now but our aim is to port it to all devices that Apple won’t support. At this point, we’re unsure of whether Siri requires certain hardware components or not. At this point, we can’t say but are still trying. After buying the iPhone 4S myself, I will be looking to see if there are any new files that are not available on the current iOS 5 version. This might be our stopping point.

The photo shown above is as far as the team has gotten so far. The Siri dock and audible chime are working, but that’s your lot. At least for now.

We’re sure iDevice hackers the world over will be trying to get this to work, and presumably the release of the iPhone 4S next week will help them along towards their goal.