Sometimes we need to take a little step back from reality, take a look at the world through the eyes of a child and apply a little humor to our lives. It seems like a very rare occurrence that people actually stop and take the time to have a little fun these days, which is why the guys over at Scoopertino have taken the time to produce some light hearted entertainment for us by turning Apple’s Siri assistant into a musical genius, belting out some all time classics.

As we all know, Apple reinvented music during the early part of the millennium by bringing out the iPod device and then introducing the iTunes music store which brought music to the masses through a digital, downloadable format. Why would Apple want to deal with record companies and recording artists who are prone to mood swings and temper tantrums when they can get their obedient Siri creation to perform the tracks and make them available via iTunes for purchase? Well, obviously that will never happen, but the fake news site has been at it yet again, this time producing a rather amusing parody article which explains why Apple are about to axe the music companies in favor of getting Siri to sing the entire iTunes catalog. 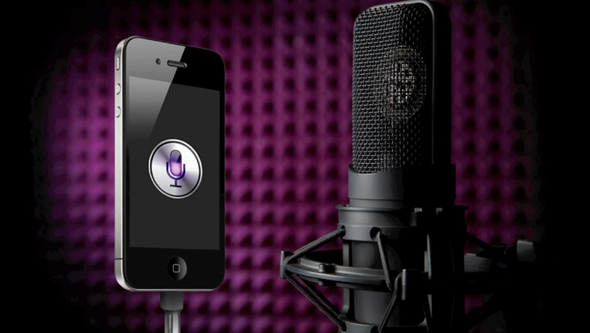 After using Siri quite considerably for the last couple of months, I can’t really imagine over 12 million songs being recorded by the assistant, but then again, what do I know? According to one of the engineers on the fictional Siri music team, she is a natural artist whose talent spans across all music genres:

We knew she’d be a natural for classic rock and country, but she kills in hip-hop and gospel.

Have you ever downloaded a song only to listen to it then not have a clue what the lyrics are? Well, suffer this issue no more as Siri articulates without issue, nailing the words every time and laying them down into the track as "clear as a bell". No longer shall record contracts between Apple and record companies will span across multiple reams of paper, as Siri will do all of the hard work for only "a daily battery charge and regular screen wipes with a microfiber cloth".

Not convinced? Scoopertino even provide feedback from music insiders, with record producer Tom Corwin going on record as saying "I just came from a recording session of Siri singing Mr. Tambourine Man, and I couldn’t hold back the tears. She not only put more emotion into it than Bob [Dylan], she could direct me to the nearest Starbucks without missing a beat."

Could we be seeing the future of digital music on the iTunes Store? Well, actually no we aren’t as it is of course entirely made up. It does serve its purpose though of providing some light hearted, Apple-related humor while we all wait patiently for our new iPads to be delivered.