Siri Is Apparently Not A Fan Of ‘Her’

The Siri digital assistant that ships with all mobile compatible devices running iOS has been known to put its foot in its mouth on more than one occasion. Barely a day could pass in the early days of the digital assistant without someone using Twitter, Facebook or Reddit to post screenshots of Siri replying to a seemingly innocent question with a ridiculous, controversial or opinionated answer. Long periods of silence on the Siri front seemed to suggest that we had passed that stage but the existence of Samantha in the movie Her seems to have ruffled a few electronic feathers.

Her is a Spike Jonze directed romantic comedy drama that follows the life of an extremely lonely writer who purchases an operating system that has been designed to meet his every need. Rather than interact with the intelligent software on a purely professional level, Theodore, the main protagonist in the movie, actually starts to develop real-life feelings for the firmware and embarks on a rather bizarre human-software relationship. The operating system in the movie is played wonderfully by Scarlett Johansson, but as BuzzFeed has noticed, it doesn’t seem Siri is that impressed. 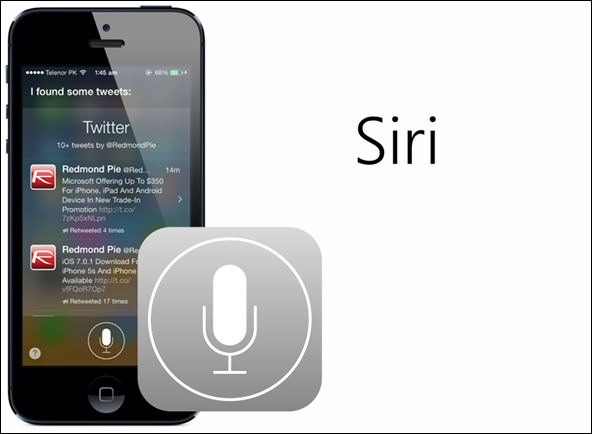 Invoking the iOS based digital assistant and asking "Siri, are you her?" results in a rather out-of-character grumpy reply of "No. You know that it’s just a movie, right?". So what happens if you persist the issue and keep asking? Well, it seems Siri will cycle through an equally grumpy set of replies such as "No. I don’t spend much time with fictional characters" and "No. Her portrayal of an intelligent agent is beyond artificial". We aren’t exactly sure what a humanoid version of Siri would be like but there’s maybe a little hint of jealousy aimed at the fact that Samantha manages to find love of sorts. 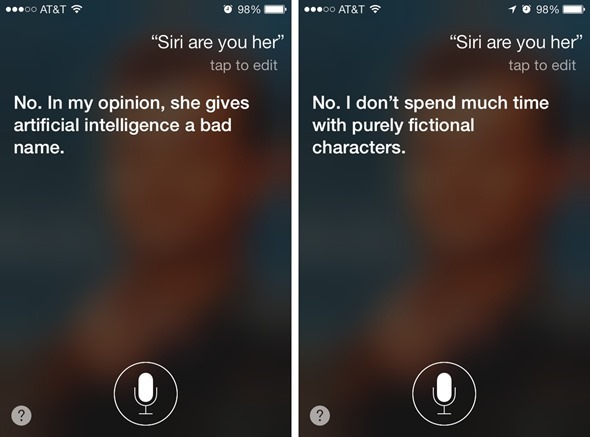 The movie itself, which is due for release in U.S. on January 10th, may have a rather bizarre plot but has actually been greeted with critical acclaim. With an all star cast including Joaquin Phoenix, Amy Adams and Scarlett Johansson it’s sure to do well at the box office and draw a lot of attention to artificial intelligence. Still, it doesn’t really matter what we think as Siri has clearly already made its mind up. 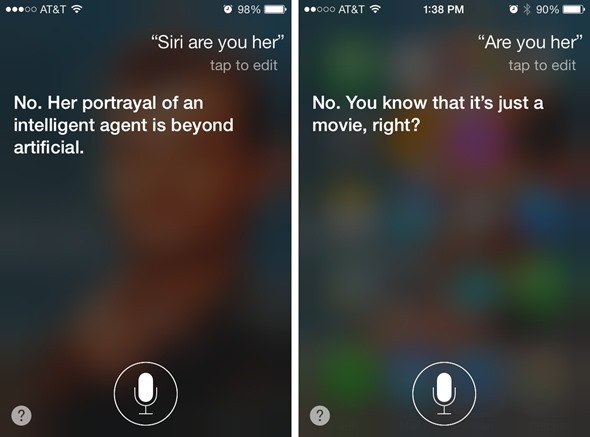