We’re already expecting the new M1-powered Macs to be very capable machines and early benchmarks already pointed us in that direction.

Now we’re seeing new Geekbench scores that show how an M1-powered Mac performs when emulating x86 code and, amazingly, it runs x86 more quickly than a native Mac would; at least in single-core testing.

The new benchmark appears to show a Rosetta 2 test running on a MacBook Air with 8GB of RAM. That gives the machine single-core and multi-core scores of 1,313 and 5,888 respectively. Those scores put it above every Intel Mac built, including the beefy 27-inch iMac powered by an Intel Core i9-10910 @ 3.6GHz.

The fact that Rosetta 2 is able to emulate x86 more quickly than a Mac can run it natively should give some indication of just how far ahead of Intel Apple’s M1 chip is. It’s still very early days as well, with Apple having put the new chip in the MacBook Air, 13-inch MacBook Pro, and Mac mini.

What will the chip – or another Apple chip – be cable of when put into something like an iMac or Mac Pro? 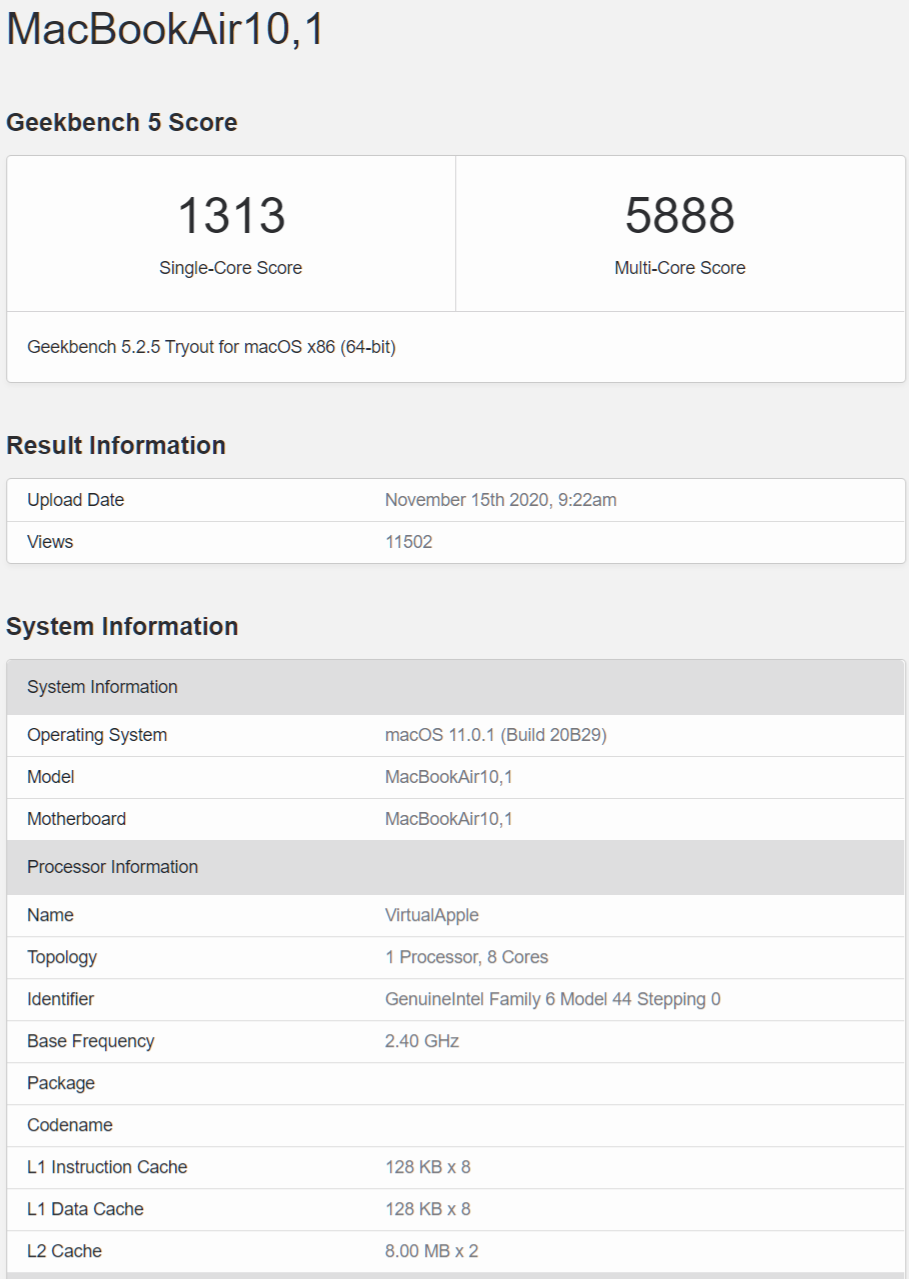 The future for the Mac already looks pretty exciting and it’s clear that Apple has plenty of plans for the computers moving forward. The fact that we can run x86 code nice and quickly will just help make the transition away from Intel even more painless than it already was.