Sileo may have fallen off a lot of people’s radars but the team is still plugging away at the package manager. That work has resulted in another pre-release version of the app falling into the public domain with the release of Sileo 0.8b4.

Given that iOS 12 can now be jailbroken using unc0ver and that Cydia and Substrate are installed as part of that process, the Sileo project has fallen a little bit by the wayside in terms of being on people’s agendas.

It was originally penned as a solution which would finally put the nail in Cydia’s coffin and act as a replacement for the aging package manager.

Whether or not that happens is anyone’s guess but the Sileo team has confirmed this latest release and highlighted the changes via Twitter:

As you can see, beta 4 of version 0.8 comes with a few decent changes, including the ability to invoke a full-screen viewing experience for any uploaded screenshots which live against a particular tweak or package. This behavior closely matches what Apple does in the official iOS App Store. The team has also concentrated efforts of putting fixes in places for erroneous tint colors through the Sileo app as well as a fix to ensure the icon shows correctly when the app is installed on non-jailbroken devices.

If you are running a non-jailbroken device, then you can check out Sileo with limited functionality, here: electrarepo64.coolstar.org/ipas/ 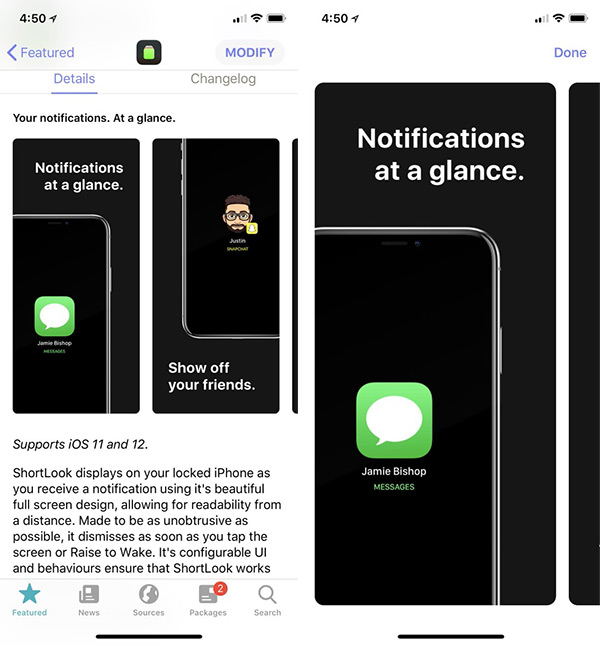 This release represents the next step for Sileo in what is hopefully a push toward getting the package manager into the hands of jailbroken users in an official capacity. The changes made herein follow on from adding list support in the previous beta as well as the announcement that non-jailbroken users will be able to test out and try the Sileo experience.

This app is likely still going to contain a number of potentially showstopping bugs due to the fact that it is still in beta but at least it is edging closer toward a release.