Second Galaxy Note 7 Recall Is Now Possible, According To A New Report

According to a new report, a second Galaxy Note 7 recall is now very likely possible following a replacement device’s explosion. Here are the details.

Samsung’s Galaxy Note 7 troubles have been extremely well publicized worldwide, but it seems that they could be anything but over. After initially suffering the indignation of having to issue a worldwide recall of Galaxy Note 7, Bloomberg is now reporting that there is a very real possibility of a second recall after yet another incident occurring on a Southwest Airlines flight in the United States has prompted the CPSC And FAA to investigate the matter.

Samsung’s initial trauma with the Galaxy Note 7 was zeroed down to the defective battery pack integrations that had caused the device to spontaneously combust when on charge, and in some instances, actually burst in flames when powered down entirely.

The replacement devices, that were issued only recently, were supposed to fix this problem, but the aforementioned incident of a replacement device on a Southwest Boeing 737 now means that Samsung probably didn’t find the real root cause of the problem first time around.

What’s terrifying is the fact that the device was actually powered down at the time and wasn’t even connected to a power point. If you start to consider that we now have evidence of a replaced Note 7 catching fire when powered down, you understand the seriousness of the situation. 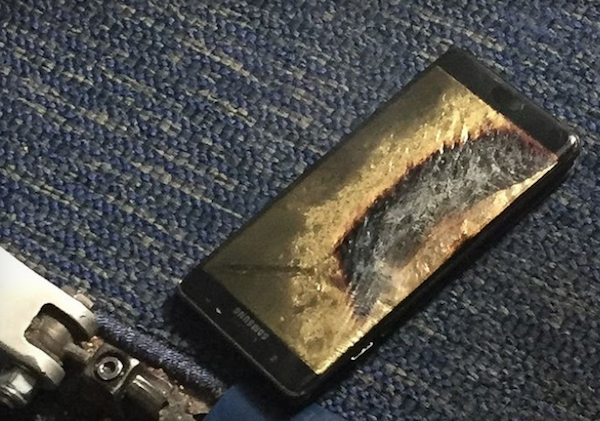 A secondary recall, which would essentially mean that Samsung would be calling all devices back in for a second time, is by no means a foregone conclusion at this stage, but if it does happen, the repercussions could be huge for the South Korean company. Samsung has already suffered damage to its reputation that comes hand-in-hand with having to publicly acknowledge deficiencies in a globally popular product.

Having to do that for a second time for the same product line could result in damage that the company simply cannot recover from without losing users to competitors like Apple, Google and HTC. If we continue to see more incidents involving recalled, or so-called “safe”, devices, then a second recall would seem inevitable.