The jailbreak community has never been a stranger to controversy and has always had its fair share of self-entitled individuals who want more, more, and then some more. With that said, it’s always managed to rub along nicely but you get the feeling the fabric of the community is starting to fray.

To add his opinion to the current landscape, Jay Freeman, also-known-as saurik, has taken to Reddit with yet another lengthy post, this time discussing Electra, Cydia, and compatibility issues.

As you might expect, saurik’s post stays true to his usual writing style by being seriously in-depth and full of knowledge-bombs which otherwise wouldn’t be public knowledge. As you might already know, Electra jailbreak is the only iOS 11 compatible jailbreak featuring Cydia; albeit a hacked-together and modified version. Saurik confirms that anyone using Electra is essentially using a forked version of his work, which likely won’t bode well for the future and for anything official released by Jay, which as you know has been promised for quite a while now:

FWIW, people using Electra are essentially using a fork of everything I’ve ever done that was put together by coolstar with no thought to how it would affect anything else I’m working on or will be releasing, either in the near future or in the distant future; so, if you have installed Electra, I would strongly recommend never installing any of the packages I push going forward: I have done no testing with Electra nor do I have any interest at all in spending time I don’t really have to try to figure out how to maintain compatibility with Electra.

So, you have it first hand, from the horse’s mouth so-to-speak. If you are, or have been, jailbroken with Electra, it’s probably wise to avoid installing any official tools or updates as and when they are released by saurik. With that said, history has already shown us that individuals will take no notice of the warning, go ahead and install anyway, and then expect and demand support when it all goes wrong. 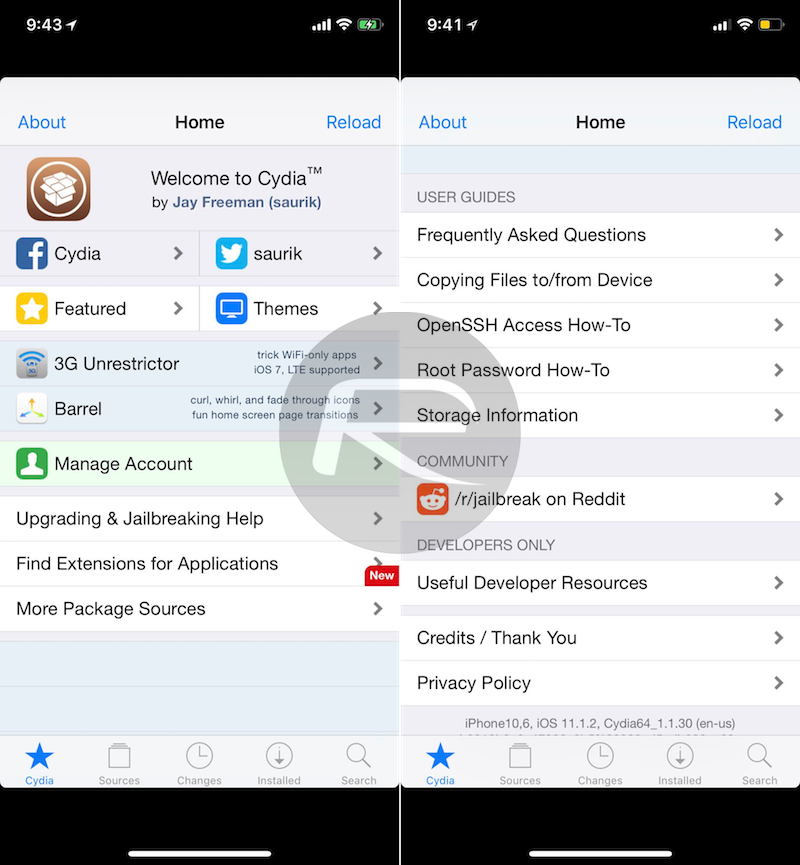 Saurik has also confirmed that any future version of Cydia and Substrate won’t support LiberiOS, which is another iOS 11 jailbreak:

The new version of Cydia I’m going to be pushing will probably not work without the new version of Substrate, and I’m pretty sure the new version of Substrate I’m going to be pushing will not work on Electra (it definitely doesn’t work on LiberiOS, which is a “vaguely supported upgrade path”; it is possible it will sort of “half” work on Electra, and there’s one design option which might allow it to sort of work, but I’ve been leaning towards two other ways of doing it that I already have working, one of which simply could not ever function correctly on Electra and the other one which simply is assuming a bootstrap process that is based on the Cydia jailbreak instead of on Electra).

There’s no official estimated time of arrival for the official Cydia and Substrate upgrades from saurik but at least this post confirms they are coming at the same time as taking a swipe at Electra and LiberiOS. If you are still sitting on iOS 11.1.2, and haven’t yet jailbroken, it’s probably worthwhile taking this public service announcement into consideration and waiting to see what saurik releases.

You can check out the entire explanation by saurik below.

As for those of you who have already jailbroken using Electra, we think you’ll be just fine. CoolStar is very actively updating it to make it as stable as possible. So yes, either way, you’ll be fine with your jailbroken iOS 11 device.