Sometimes Samsung’s supposed mid-range phones are its most interesting, and that might be the case with the Galaxy A80 that was announced today. What makes this phone so interesting is that the camera not only appears from the rear of the device, but also rotates so that it can act as both a rear and front-facing camera.

By using such an interesting design and camera mechanism, Samsung has been able to make the new A80 the first phone to use the “New Infinity” display that it announced late last year. That means that there are no notches, no cutouts, and no holes to speak of making this an attractive phone to look at face-on. 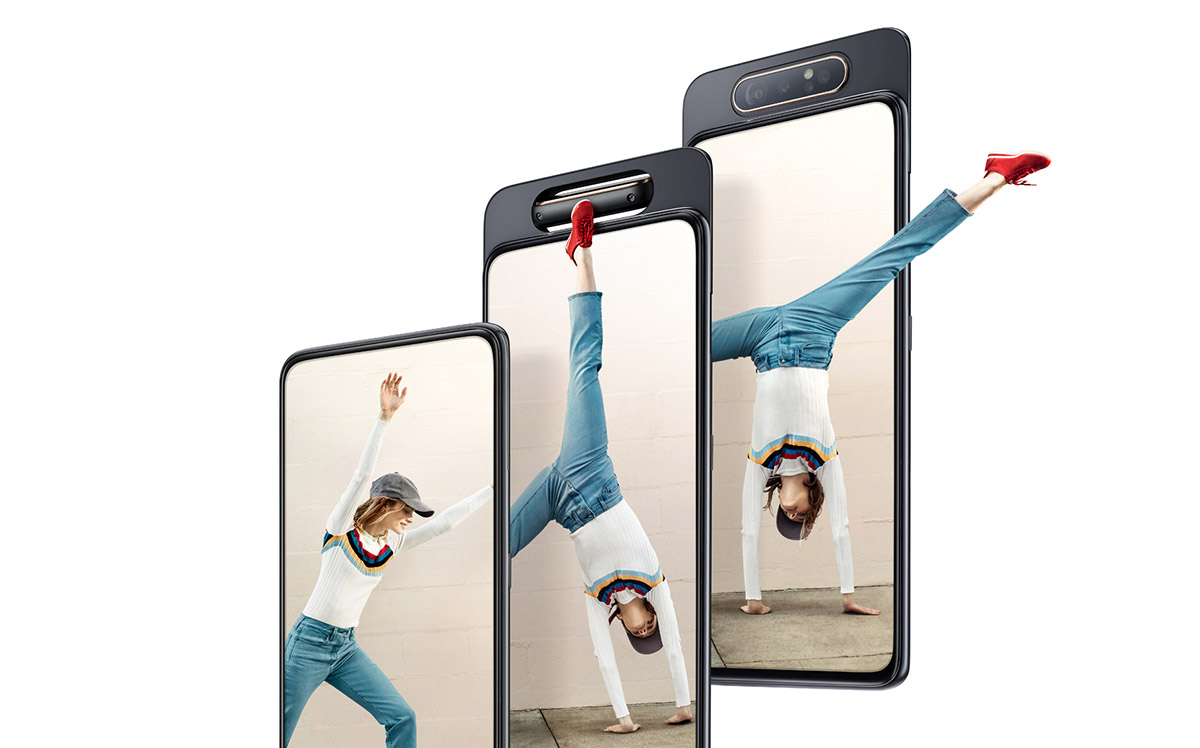 Inside that new camera mechanism, you’ll find a triple-camera setup that has a main 48-megapixel camera alongside a pair of other sensors. One’s an UltraWide 8-megapixel offering while the other is a time-of-flight sensor, rather than an actual camera.

We are moving from the ‘era of the selfie’ to the ‘era of live’, where people are fostering more genuine and meaningful connections. Built to drive this evolution, the Galaxy A80 offers compelling innovations: a captivating, full-screen display, Samsung’s first revolutionary rotating camera and an intelligent battery.

Display-wise, we have a 6.7-inch FHD+ Super AMOLED screen that, as we just mentioned, is completely blemish-free. If you still haven’t come to terms with notches and holes, then the Galaxy A80 may be the phone of your dreams. Oh, and there’s an in-display fingerprint scanner for authentication, too. 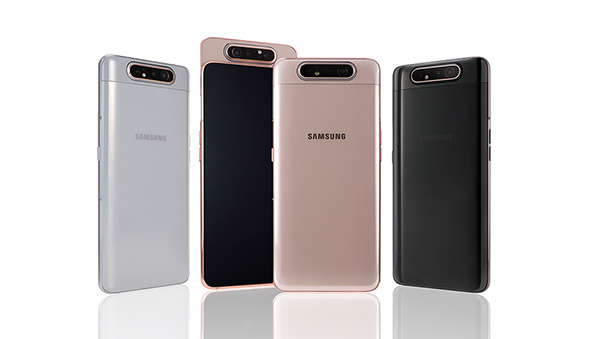 Other stats of note are 8GB of RAM and 128GB of storage and three colors – black, gold, and white. If all of this tickles your fancy, then you can pick the A80 up on May 29th, although no pricing has been made available just yet.