The X5 Thunderbolt 3 Portable SSD is one such drive, and right now, the 500GB model can be had for $299.99 including shipping, which is around a 25% discount on what you would normally expect to hand over for such a drive. 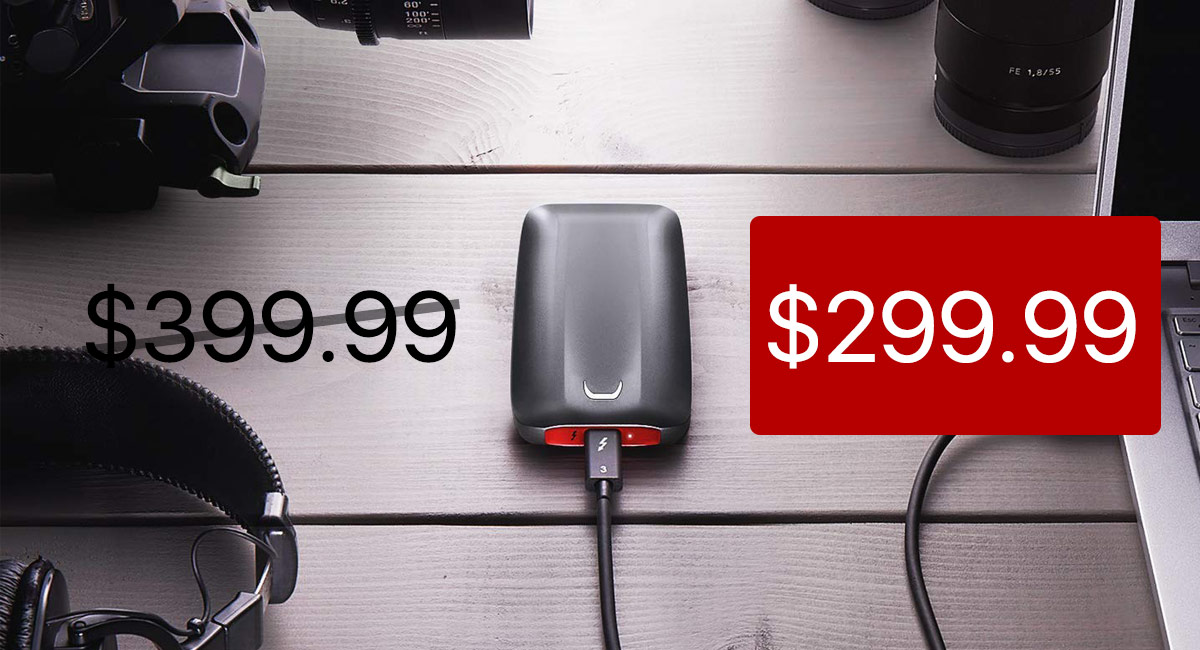 Thanks to that Thunderbolt 3 port, buyers can expect up to 2800 MB/s sequential read and 2100 MB/s sequential write speeds, which is definitely not to be scoffed at. All of that is thanks to the 500GB NVMe SSD and Samsung’s V-NAND 3-Bit MLC that sits beneath the shell that protects everything. It may not be the cheapest SSD around, but it’s one of the, if not the best you can buy.

Anyone who is need of a blazingly fast SSD but also needs it to be relatively rugged and safe to take a few bumps and bruises really should put this on  the top of their list. We would probably say that even at its normal asking price, but with this 25% saving, it’s really a great option.

If you’re looking for something a little less costly, the Samsung T5 drives are very well thought of. You’ll miss out on the same hugely impressive speeds though – the T5 is only capable of 540MB/s, although that’s not exactly slow by any stretch of the imagination.