Samsung’s Galaxy S4 is currently among the most sought after devices in the smartphone industry. The latest in a long line of successful Galaxy S releases, it packs a quad / octa-core processor, 13-megapixel snapper and a hefty two gigs of RAM, among a deluge of other high-spec features. One oft-visited critique of the device and those preceding it, however, is that the cheap, polycarbonate finish is not adequate protection for such a high-end device, and although stopping short suggesting a sturdier finish to the outer shelling, Samsung Gulf Electronics president Young Soo Kim has indicated that the company’s prized asset may arrive as a dust and waterproof device in the next few months.

One of the Sony Xperia Z’s key marketing points is its ability to survive being submerged in water, and although we expect the Galaxy S4 to sell in big numbers, adding waterproof film and preventing dust damage will do the device’s selling credentials very little harm.

We did, of course, hear these kinds of murmurings in the run-up to the release of the Galaxy S III, when prominent company Liquipel were said to be teaming up with the Korean tech firm to envelop the device in an ultra-thin layer of waterproof coating. That never materialized, of course, but this time around, particularly with the design of the S4 having changed very little and the newer features only really appealing to the tech aficionado, it would seem Samsung may, rather sensibly, be looking to widen the S4’s appeal just that little bit further.

Since these kinds of rumors, as aforementioned, have been somewhat prevalent over the past 18 months, we’re going to take these reports with something of a pinch of salt. The fact that it has come from a Samsung executive doesn’t really give the story much more credibility either, since those high up in firms often tend to make suggestions and mention products that, in the end, don’t make it to the retail market. 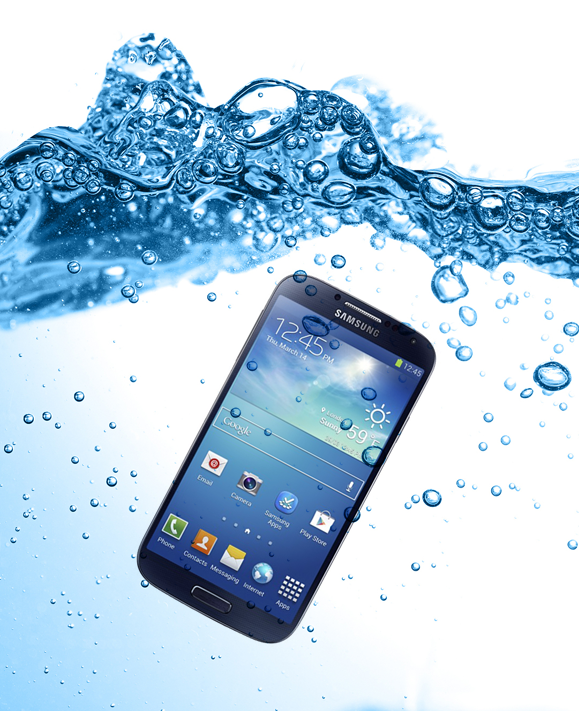 Would a water and dust-proof Samsung Galaxy S4 render you more inclined to make the purchase, or do you have your eyes on something else, such as the HTC One maybe? Please do post your thoughts via the usual mediums below!