In an interview, a senior executive at Samsung Electronics has stated that the company seeks to expand their software reach. This statement, combined with Samsung’s recent hiring of Steve “Cyanogen” Kondik suggests that the electronics company may be looking to hire more devs from the vibrant Android hacking community.

The news comes from a report published by Reuters. The international new agency cites separate reports from Korean news outlets such as Yonhap News Agency and Korea Herald which quote Lee Kun-hee (Chairman, Samsung Electronics). The chairman’s statement comes after Google announced their acquisition of Motorola Mobility for $12.5bn:

(The company) must strengthen the competitiveness of its information technology, secure more human resources and also more actively seek mergers and acquisitions. We must pay attention to the fact that IT power is moving away from hardware companies such as Samsung to software companies.

Perhaps, in an attempt to boost their software prowess, Samsung may be eyeing the skillful China-based devs behind the other popular aftermarket custom firmware that is MIUI.

MIUI has been a regular in the news recently. The custom ROM – which is known for its distinct look and nifty extra features – was the first to receive its own phone with the Xiaomi M1 which was announced a couple of days ago. It holds the title of the fastest commercially available smartphone because of its beastly dual-core 1.5GHz Snapdragon S3, 1GB RAM, 4GB ROM, 8MP camera and 1930mAh battery… all for the price of $310 without contract.

We then saw MIUI’s music player extracted and released. And just a few hours ago, an MIUI-style launcher was released by the folks over on XDA. 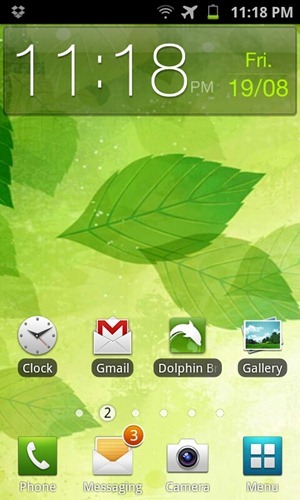 Although it is unlikely for Samsung to just hire the entire MIUI team and replace their TouchWiz 4 UI with MIUI’s UI, they may hire some of its members to strengthen their software department. TouchWiz itself is one of the most powerful UI replacements for Android, but it is quite heavy on memory and looks quite “cartoonish” according to some. A more mature, light-on-resources UI would definitely be welcome news.