The announcements at MWC 2014 are flowing, and we’re covering them as they happen. One of the big guns that unveiled some remarkable tech today was Samsung, and boy, did they have things to offer. Other than the shiny new flagship in the Galaxy lineup, the Galaxy S5, Samsung showcased three new contenders in its Gear lineup, showing just how serious the Korean manufacturer is about this line of business.

Amongst the newly released wrist-wear – the Gear 2, the Gear Neo and the Gear Fit – the last one stands out the most. While the other two are more focused towards the wearable smartphone companion smart watches, the Gear Fit is more aimed at the fitness niche of users. 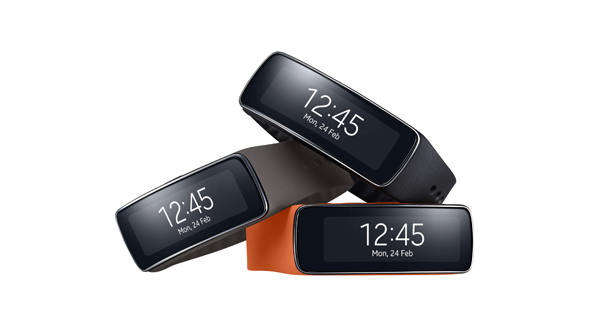 From a design perspective, it’s the most eloquently built of the trio, and looks more like something that can make a fashion statement. On the innards, the Gear Fit comes with a 1.84-inch curved Super AMOLED display with a resolution of 432 x 128 pixels (by the way, you read it right – the display is curved!). It’s rich with sensors, being the fitness-oriented gadget that it is, and comes with a pedometer, exercise, heart rate monitor, sleep monitor, stopwatch and timing sensors. Additionally, the device can read notifications from your smartphone and provide alerts for SMS, calls, email, push notifications from a variety of apps, media playback and more. There’s also Bluetooth 4.0 onboard, increasing Gear Fit’s longevity when it comes to battery life. 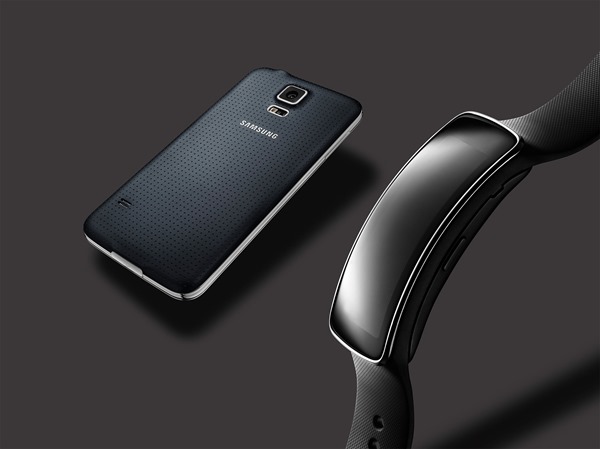 On the outer shell, Gear Fit has an interchangeable strap system, and is IP67 dust and waterproof, which means you can easily wear it in the shower or the pool (unless you’re into really deep diving, in which case it might not be the best approach). The device runs on a 210mAh battery, which, according to Samsung, should easily last 3-4 days of typical usage, and even an entire week should you be a low volume consumer. 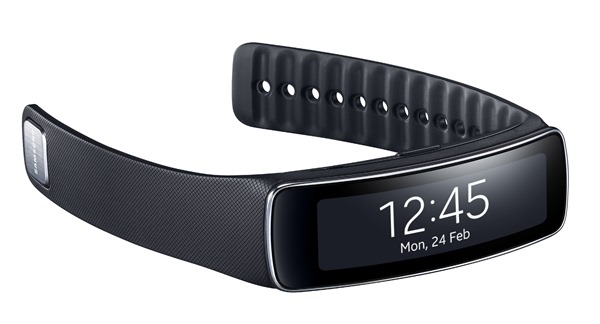 The complete set of specs of the Gear Fit are as follows: 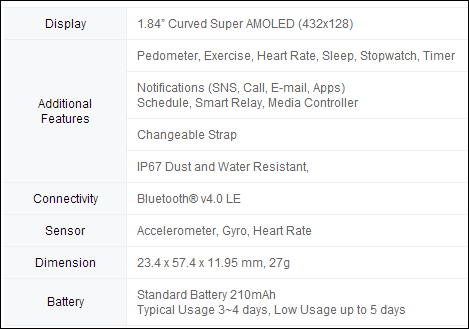 At the current moment in time, there’s no word on pricing or release date. But considering that it was announced alongside the Galaxy S5 gives a hint the the wearable will be available in April with Samsung’s latest flagship. 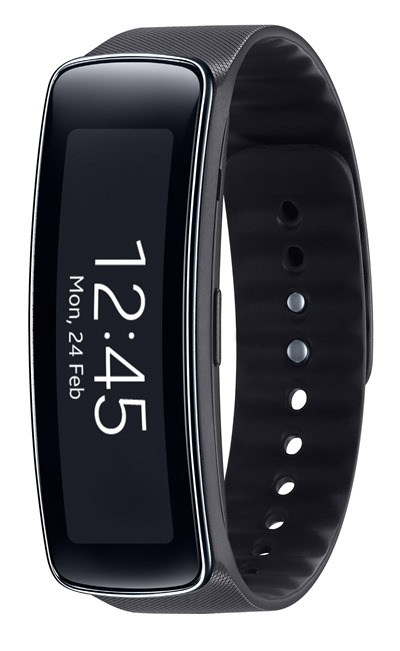 The fact that the Korean techno-giant released not one, not two, but three new “watches” in its Gear lineup at the MWC this year, shows that the company sees true potential in this arena. Yesterday we found out that Samsung is ditching Android in the Gear lineup for good and embracing its own, open source Tizen OS – who knows, maybe with Gear(s), Samsung might manage to create a market the way Apple did for tablets with its iPad. 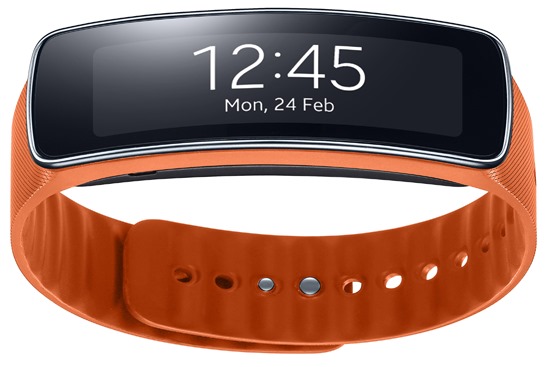