According to a popular accessory maker for smartphones, this is what the soon-to-be-released Samsung Galaxy S6 will look like. Head on after the jump to read all about it.

Samsung has had a pretty strong record when it comes to keeping the covers tight on its upcoming flagship phones, and Project Zero is no exception. Rumors and speculations regarding the S6 have been floating around for some time now, but lately the pace of such information has been increasing with users getting a glimpse of what the device may look like just a day back, courtesy of a leaked photo of the device’s rear side, which fell in line with an earlier leak of a supposed protective case for Samsung’s next front runner. 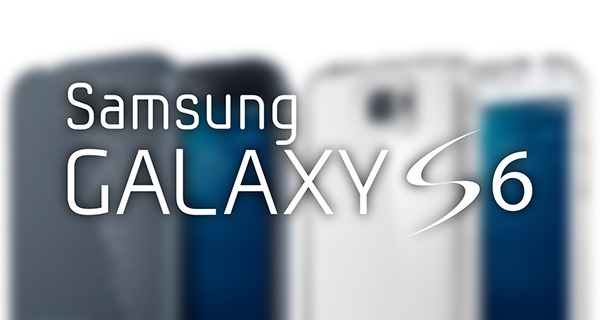 In a similar fashion, Spigen, the famous smartphone accessory maker, has posted a case for the Galaxy S6 on its Amazon sales page. What is Spigen thinking? Some of you may want to take this moment with a pinch of salt, but the case maker has been pretty spot on when it comes to hinting at the general outlook of phones that have not been officially announced. While Spigen’s reputation in this regard could be questioned by the release of just the image included on its sales page, the device shown has the same camera, flash, and heart rate sensor placement as seen earlier.

However, the image shows a phone that lacks the all glass construction which rumors have us believe the S6 will sport. As a matter of fact, the phone here looks exactly like the Galaxy S5 barring the camera placement, and given that Samsung has been known to have gone back to the drawing board for designing the Galaxy S6 from scratch, we badly want to believe that the design shown here in the rendering is the result of Spigen having concrete information on the dimensions, rather than the materials being used. 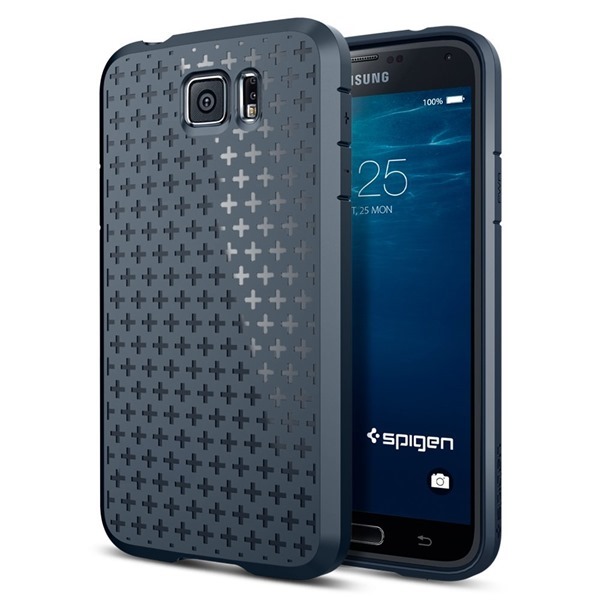 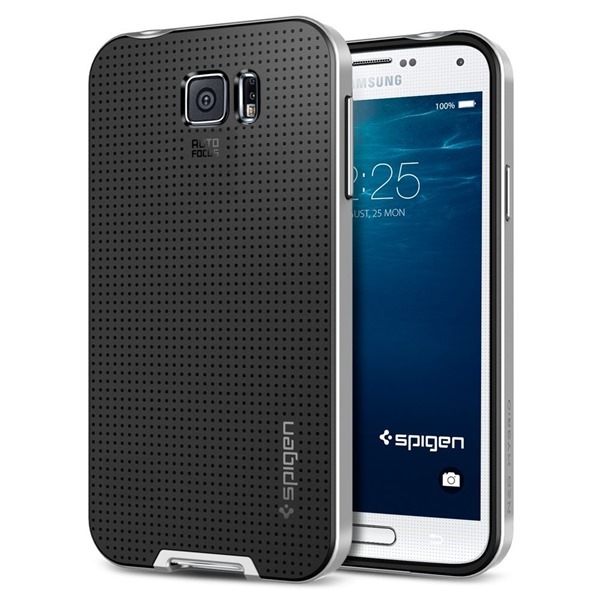 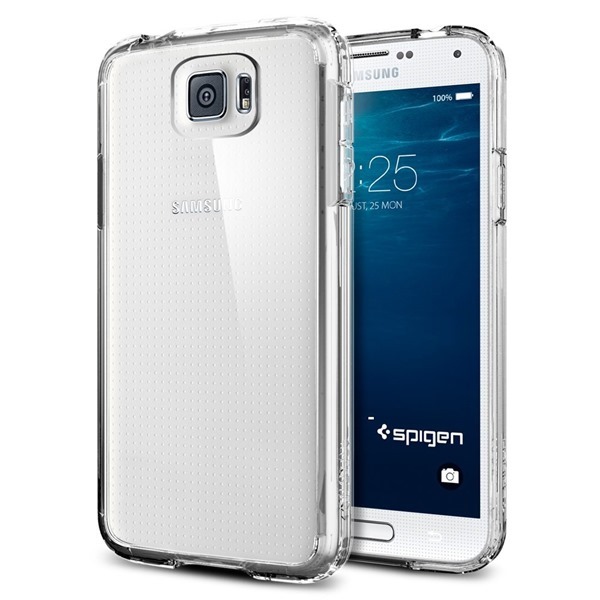 It is widely understood that case makers are more than often privy to information on the specs and dimensions of upcoming devices long before the actual launch, which helps phone makers ensure that complementary products are available on time as soon as it hits the market. It is because of this practice that we believe that Spigen’s rendering may hold some truth to it.