The Samsung Galaxy S10+ is currently the highest end of the Korean company’s lineup, and the same can be said of the iPhone XS Max when it comes to Apple. That means that the pair will understandably be compared, and while we’re not always sure that the methods for those comparisons are accurate, there isn’t too much we can do about that.

One of the more reasonable outfits to test phones of this ilk is YouTube channel PhoneBuff, and they’ve been at it again with the two aforementioned handsets in order to see which lasted the longest on a single charge. 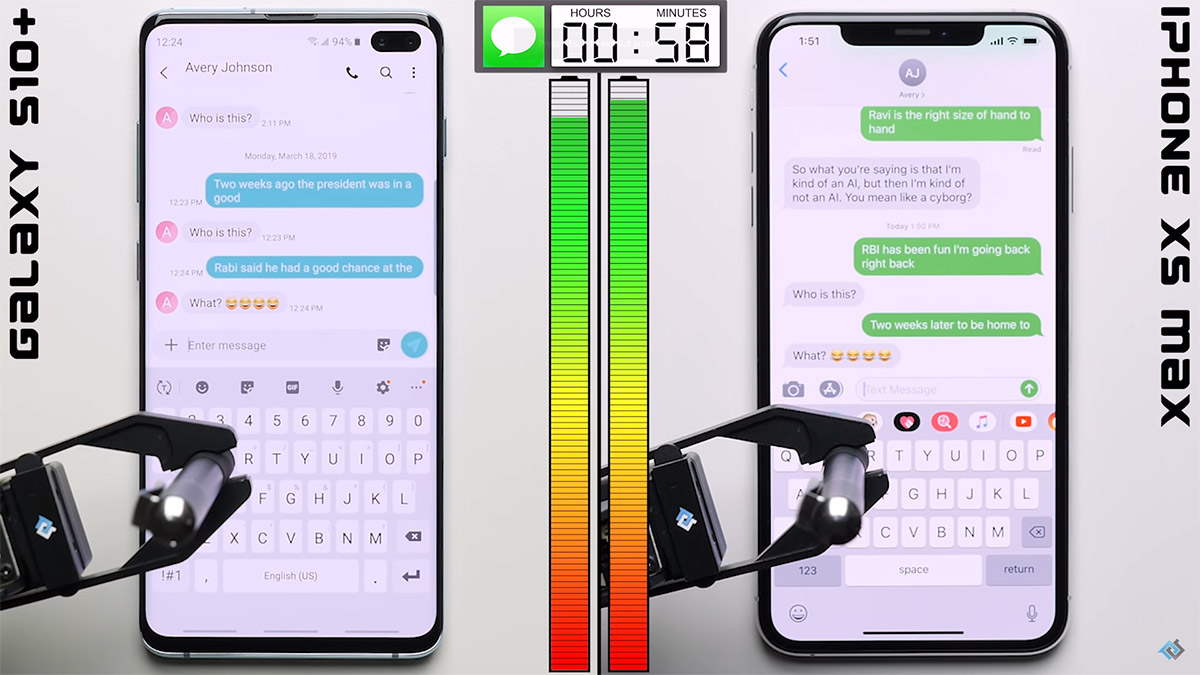 PhoneBuff uses a robotic arm to carry out various tests, and the same is the case here. The phones are kept in a temperature controlled environment and screens and speakers are also calibrated to ensure as accurate a comparison as possible.

The tests themselves involve doing various ‘real world’ things to see how batteries perform, rather than use synthetic benchmarks like Geekbench. Where you stand on that is up to you, but the most important thing is the result.

To keep things in perspective, it’s worth noting that the two phones have almost identical displays with the Galaxy S10+ having a 6.4-inch Super AMOLED panel and the iPhone XS Max a 6.5-inch OLED panel. Resolutions differ at 3040×1440 and 2688×1242 respectively, and both devices are using CPUs on a 7nm process.

So, the results: we’ll let you watch PhoneBuff’s video for the full lowdown on how things panned out, but ultimately, the Galaxy S10+ won out. Whether that’s a surprise or not will depend on how you look at things, but considering it has a 4100mAh battery compared to the iPhone XS Max’s 3174mAh, it really shouldn’t be.