If there is one thing that people like to do when a new flagship phone is released, it’s drop them to see whether they break. Obviously, they do because they’re made of glass, but it’s the height of the drop and the survival rate that people find interesting. The Samsung Galaxy S10+ is the hottest new Android phone around, so the obvious question was whether it was more robust than the iPhone XS Max.

As it turns out, it wasn’t, despite the Galaxy S10+ rocking Gorilla Glass 6. 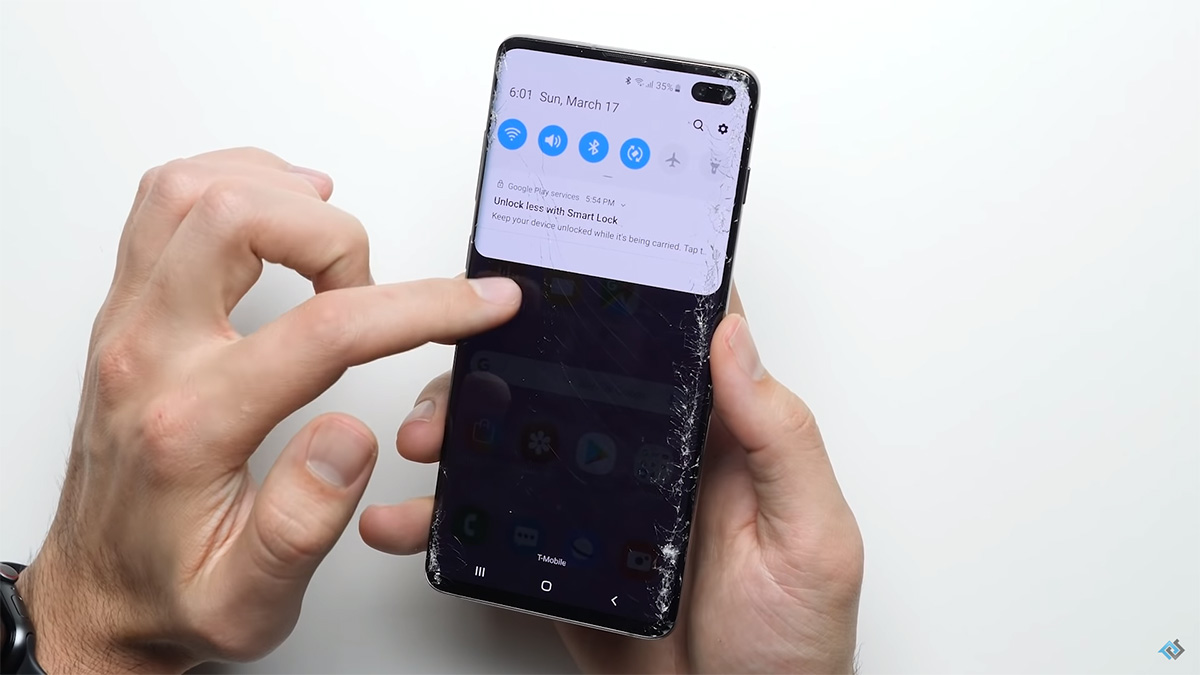 The test itself was carried out by YouTuber PhoneBuff, who took the two flagship phones and then carried out four drop tests. The first of those was to drop both phones on their back panels, with both devices suffering breakage. Unfortunately, the Galaxy S10+ didn’t hold up as well as it’s iPhone counterpart.

The same can be said about the following test that saw the phones dropped onto one of their corners. Again, the Galaxy S10+ came out the worst. Round three saw the phones land face down, and again both devices broke. Because the Galaxy S10+’s fingerprint sensor is built into the display, that also ceased working, which is to be expected.

The final tests saw ten consecutive face-down drops with the Galaxy S10+ actually able to continue working to some extent throughout. The iPhone XS Max failed after just three.

After all this and more broken flagship phones than we ever want to see again, PhoneBuff scored the iPhone XS Max with a total of 36 points, whereas the Galaxy S10+ managed 34. Given Samsung’s claims that its new flagship is “the most durable smartphone glass in the world,” the results are at least mildly interesting.

Check PhoneBuff’s full video for all the details and carnage.