Saving money on things like storage is one of those times where all of the stars align just so, and it’s impossible to not take advantage of a deal. Storage is one of those things that we all seemingly need more of, and that’s not something that is likely to change any time soon. Thankfully, SanDisk is one of the biggest names in the world of solid state storage, and they’re also partial to a deal or two. Like right now, with a number of SanDisk microSD offerings.

Whether you’re looking for a little extra in the form of a 64GB card, or want to go all-in on a 400GB alternative, there’s a deal to be had for just about everyone right now. SanDisk microSD cards are great options, no matter whether they’re going to be used in game consoles like the Nintendo Switch, or in a mission critical camera for stills or video use.

And right now, you can save pretty big.

All of these cards are rated U3/A2 which means you can expect some great speeds capable of transferring 4K video in a flash. Loading up apps in smartphones doesn’t get much quicker than this, and all of it is backed by SanDisk’s assertion that these cars are good to go regardless of temperature, water, shock, or even X-ray exposure. 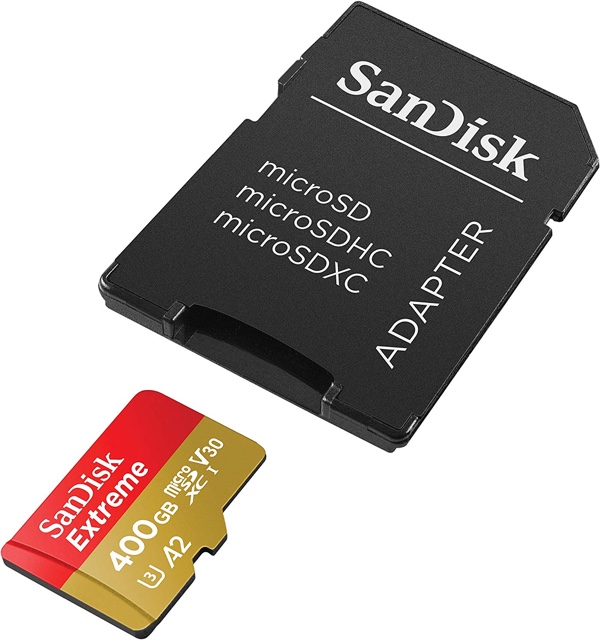 We’ve long told you how great SanDisk storage is. Why not pick a card up and see for yourself?