Successor to the super popular Galaxy S II, the Samsung Galaxy S III, is only a few weeks away from being unveiled to the world and so rumors about its hardware/software specifications are getting stronger and stronger each day.

According to a new report published today, the Galaxy S III will come with a whopping 4.8” touchscreen and see a simultaneous global launch. Details after the jump!

The news comes from Boy Genius Report – a blog covering smartphones/tablets and the technology that powers them – in the form of a report in which they cite a “trusted source” who claims that the Korean company is going to launch the Samsung Galaxy S III in over 50 “markets/cities” and that it will come with a huge 4.8” display.

Yes, you heard that right. A four-point-eight inch display. That’s greater than the already huge Galaxy Nexus which has, effectively*, a 4.65” display.

The whole trend of super-sized smartphone display is starting to get really annoying. In today’s market, there is no high-end smartphone which has a 4” or smaller display. I seriously challenge you, find me a flagship Android smartphone from companies like Samsung, HTC or Motorola which has a 3.7” or 4”. 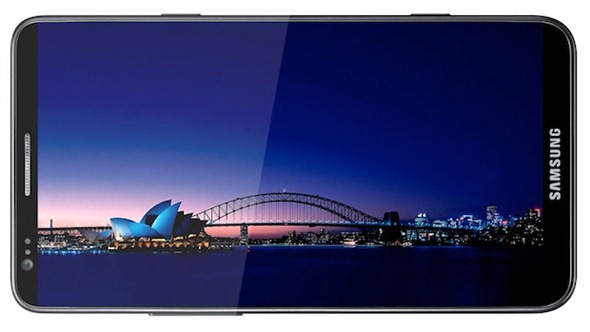 I’ll make things easy for you because it’s a fact: Samsung’s Galaxy S II / Nexus, HTC’s Sensation, Motorola’s DROID RAZR are all 4”+ devices. From the homework I’ve done, this apparently has to do with the 4G LTE chipsets which need more space than conventional 3G-ready chipsets**.

With that small rant out of the way, our readers should know that the Galaxy S III is rumored to be powered by a quad-core Exynos chip to rival the Tegra 3, come with advanced optics and 4G LTE for supported networks. It will come with Android 4.0 Ice Cream Sandwich pre-installed. That’s all we know for now.

*While the display itself is 4.65” diagonally, only 4.5” is used. The rest is reserved for virtual, on-screen buttons.

**This issue was discussed well in detail in our post on why the iPhone will always have a 3.5” display.