The Reason Why Android Smartphones Are Bigger Than The iPhone

It’s a valid and much-debated point, after all. Whilst Android devices from most manufacturers follow the rationale that bigger is better in terms of form factor and screen size, Apple has defiantly stuck with the 3.5 inch display for nearly five years. But why?

The fruit company continues to dominate the smartphone market with its game-changing iPhone device. Then again, Google’s Android OS is the most widely-used, offering consumers a great deal more in terms of variety and hardware specs.

As a tech enthusiast, you may have noticed one on-going trend of Android smartphones getting larger and retailing with augmented screens and better resolutions than the iPhone’s. But having as yet failed to catch up with the device first unveiled by Steve Jobs back in 2007, you could be forgiven for thinking these larger devices may not hold the key to ultimate success.

The bigger screens first appeared in order to counter the 3.5-inch 960×640 Retina display of the iPhone 4. iOS renders the Retina display by doubling clarity and sharpness rather than shrinking UI elements, but since Android renders visuals in much the same way as desktop OSes, bumping the resolution above 320 ppi would have meant a decrease in the size of UI elements – making everything appear a little shrunk. Thus, unless Google were to add additional “DPI level” beyond XHDPI, Android devices competing for top spot will always remain a great deal larger.

There are many other arguments to consider as to why the battle for smartphone supremacy is so conversely-approached. It has been suggested Apple has yet to go above the 3.5 inch benchmark because the average human thumb cannot cope with a larger display – at least, not with one hand anyway. It could just be that Tim Cook’s research team has been more dedicated in doing its homework, corroborated further by the fact that the device’s speaker position means the Alarm cannot be muffled-out by sitting on an uneven surface. 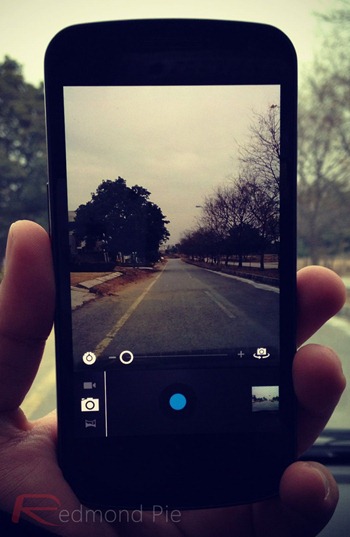 Maybe there’s more to it than that, though. Daring Fireball’s John Gruber seems to reckon Android’s willful leap into the futuristic vortex of LTE could be a key factor in the overt differences between Apple and the Androids. The fruit company’s cautious instincts have meant no early adoption of fourth-generation connectivity, whilst the likes of HTC and Samsung continue to bulk up their devices to entice consumers favoring the significantly faster technology of tomorrow.

As it happens, we’re inclined to agree with Gruber. He goes on to suggest that once LTE hardware can be squeezed into an iPhone-sized shell (possibly within the next year or so), the trend of larger devices such as the Samsung Galaxy Nexus will be a thing of the past – another point which makes rational sense.

Could it just be Apple’s apparent Midas Touch and knack for design perfection, or do you too believe the likes of the Galaxy Note and the Lumia 800 will get smaller as time goes on? Leave your thoughts via the usual mediums below!