Samsung Galaxy Note 8 specs have been leaked in full. Here’s everything you need to know about Samsung’s next flagship.

With Samsung all set to announce the Galaxy Note 8 flagship smartphone on August 23rd, we have been treated to a barrage of leaks about it over the past days and weeks. While not all of the rumors appear to be accurate, there is plenty of information floating around right now that we can assign a fairly high confidence rating to even if it is impossible to be 100% sure about these things until August 23rd rolls around. While we wait for that to happen though, let’s take a look at what is generally accepted to be accurate as of right now. 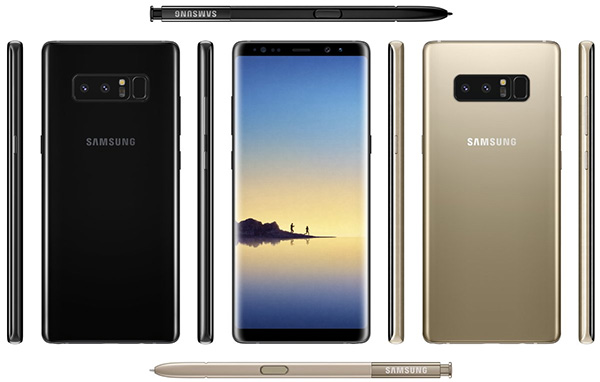 When it comes to the actual device itself, it would appear to be an IP68-certified handset which covers dust and water to the point where most people will be just fine although as always, water resistant is not waterproof, so keep that in mind folks. Looks-wise, it is fair to say that the Galaxy Note 8 will look very much similar to the Galaxy S8+ that is currently sat at the top of Samsung’s smartphone product tree. That fact is born out by the numbers, as with a 6.3-inch Super AMOLED display, the Note 8 is barely larger than the S8+. That screen will sport a resolution of 1440 x 2960 in a 18:5:9 aspect ratio, and when it comes to carrying the thing around the physical dimensions of 162.5mm x 74.6mm, with an 8.5mm thickness could certainly be a lot worse.

Continuing to mimic the Galaxy S8 line, Samsung’s Note 8 will be use Samsung’s own Exynos 8895 CPU for international handsets, but will carry Qualcomm’s Snapdragon 835 in the U.S. One area where the Note 8 does best the Galaxy S8 however is RAM, with the Note 8 boasting 6GB as standard standard. Storage comes in at 64GB of internal storage (and a microSD expansion slot).

When it comes to taking photos, the Note 8 has dual-lens rear cameras, both featuring 12-megapixel sensors. However, things get interesting in ways similar to Apple’s iPhone 7 Plus in that the primary, wide-angle one has an f1.7 aperture and dual-pixel autofocus and the telephoto lens is f2.4 which means the Note 8 has a 2x optical zoom.

Finally, we don’t know when the Galaxy Note 8 will go on sale, but when it does we know what colors will be available initially; Midnight Black and Maple Gold, followed by Orchid Grey and Deep Sea Blue in due course.