Our friends at Engadget have received a tip in the form of a leaked slide which shows not one but two new high-end Samsung smartphones based on Android 2.3 Gingerbread. 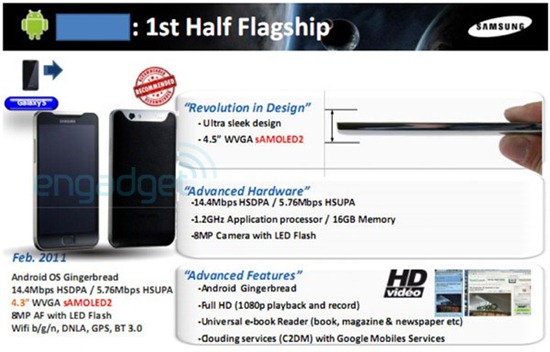 But the only differing factor, it seems, is that one phone has a 4.5” display while the other has a 4.3” display. Why release two phones that are different from one another by only .2” is beyond me. 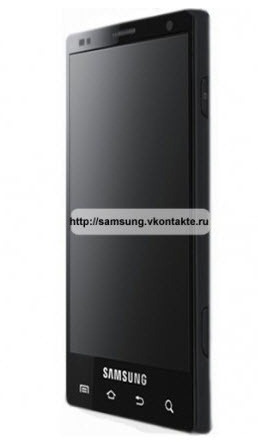 These features, while certainly quite impressive, do not fully live up to the earlier Galaxy S2 (pictured above) rumored specs. One thing should noted here though, the side view of the phone in the slide leak does look a lot like it belongs to the Galaxy S2’s design. [Engadget]