The Galaxy S III may have a multi-core chip, a gig of RAM, high-end optics and an HD display, but that HD display is also freaking huge! At 4.8-inches, it is among the tallest and widest Android smartphones available in the market. As comfortable as it is to hold, with its smoothly curved body, it is mighty uncomfortable to use with one hand.

Samsung made intentions of solving this problem for size-conscious smartphone users, but the recently announced Galaxy S III mini – as the company calls it – is more of a Galaxy S II variant than anything else. It comes with a weak dual-core processor, outdated optics, and low-resolution-by-today’s-standards Super AMOLED display. Other than the design language and TouchWiz UI, the mini shares very little with its more powerful elder brother. 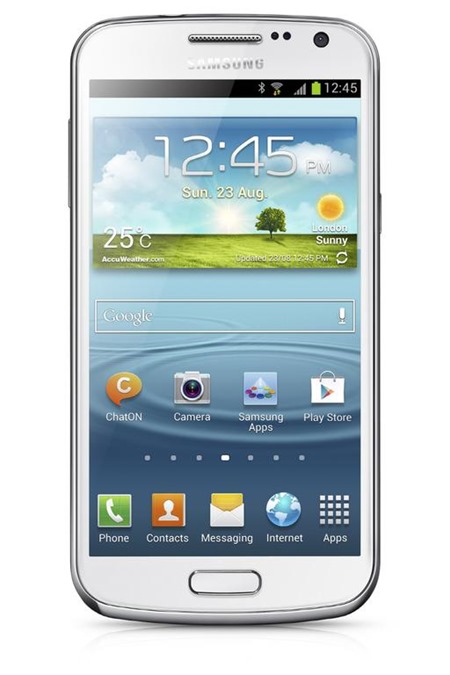 The Korean company has now announced a new Galaxy smartphone called the Galaxy Premier which bridges some of the gap between the S III and the S III mini.

Hardware specifications-wise, the new Galaxy Premier is more similar to the Galaxy Nexus than the S III. It comes with a slightly-higher clocked 1.5GHz TI OMAP 4470 dual-core chip, NFC, 1GB of RAM, Android 4.1 Jelly Bean, and a 4.65-inch Super AMOLED HD display. Thankfully, optics appear to be shared with the Galaxy S III, with an 8-megapixel sensor on the back and a 1.9-megapixel camera on the front. 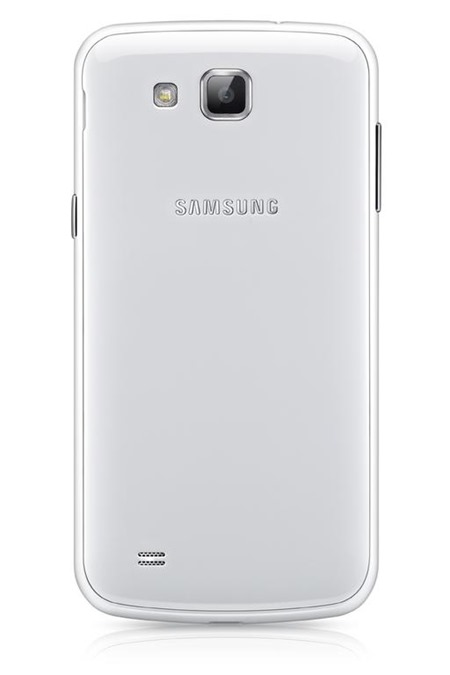 According to reports floating around, it will be available in Ukraine in November for an estimated price of $679. We expect it to be launched elsewhere in the coming weeks.

It’s still far too big for my tastes as I prefer my phones to be less than 4.3-inches (at max), but those of you looking for a mid-end Android smartphone ought to be satisfied with this one. 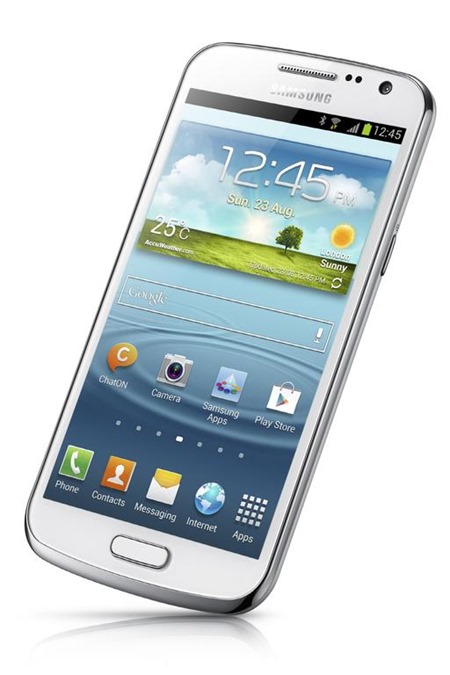 But wait! Google recently announced the LG Nexus 4 smartphone with a top-of-the-line Snapdragon S4 Pro chip, a 4.7-inch True HD IPS+ display, 2GB and 8MP/1.3MP cameras for an amazingly affordable price of $299 and $349 for 8GB and 16GB models (respectively). If you’re going to get a factory-unlocked Android smartphone, you should buy the Nexus 4 with your eyes closed. Read our earlier post on the Nexus 4’s features, price and availability for more details.