Huawei has long made a name for itself by taking Apple designs in both hardware and software, and then repurposing them for itself.

Now, a new report by The Information claims that Huawei has been making a habit of tracking down former Apple employees, as well as those working as part of the supply chain, to try and glean information on its plans and products. In fact, if the U.S. Justice Department is to be believed, the company may be rewarding its employees for bringing in confidential info from rival companies.

As U.S. companies grow more concerned about efforts by Chinese firms to obtain their intellectual property, all eyes are on Huawei Technologies, which the U.S. government recently accused of stealing trade secrets. New reporting by The Information sheds light on Huawei’s tactics, which often have been aimed at one of the company’s chief competitors, Apple.

In one example, a Huawei engineer working on smartwatch development apparently found the supplier that makes the Apple Watch‘s heart rate sensor. They then met with the company, claiming to have a contract to offer, although the meeting was ostensibly to try and glean information on the Apple Watch. After it was rebuffed, Huawei apparently went very quiet despite four researchers and an engineer having originally been involved in the grilling.

In another example, report sheds light on how Huawei copied ripped off 2016+ MacBook Pro’s hinge design for making a slimmer MateBook Pro.

In another incident, Huawei is suspected of copying a connector Apple developed in 2016 that made the MacBook Pro hinge thinner while still attaching the computer’s display to its logic board, according to a person familiar with the matter. A similar component, made of 13 similar parts assembled in the same manner, showed up last year in Huawei’s MateBook Pro, which was released as a competitor to Apple’s MacBooks, the person said. Apple submitted a patent for the component in 2016, and it remains pending.

Huawei approached multiple Apple suppliers with expertise making the component and provided them with the same schematic. Those suppliers recognized the component as Apple’s design and refused to make it for Huawei, the person said. But Huawei eventually found a willing manufacturer. 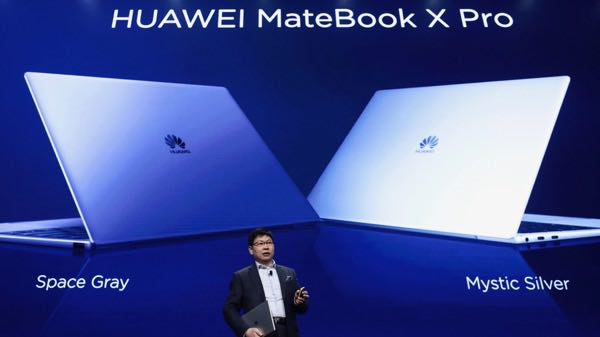 This all comes as Huawei is in the middle of what can only be described as a mess, with its ties to the Chinese government leading to calls for the US and other countries to ban it from being anywhere near the roll-out of 5G infrastructure.