When Microsoft officially unveiled the Windows 10 Creators Update back in October during an event in New York, the company was eager to make sure we were all fully aware of at least the main new features that users would be able to try out upon the update’s release, but the date or even the month that such a thing would occur was curiously absent from proceedings. All we were told was that it would arrive sometime in Spring 2017. 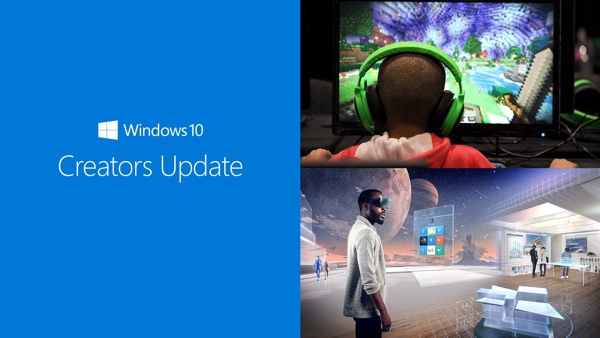 As the months have passed, Microsoft has still continued to make us all aware of how wonderful the Creators Update will be, without telling us when it will be available. Now though, a new report by MSPoweruser claims to confirm April 2017 as the month within which Windows 10 will receive the significant update.

As mentioned earlier, Microsoft has thus far only provided the super wooly “Spring 2017” as the release window for its new Creators Update, but the aforementioned website reports that one of their sources has confirmed the update will ship in April of this year, with the reasoning making plenty of sense when you think about it. As it turns out, the version number the update will release under actually gives the game away.

While the update initially had a version number of 1703 in Insider Builds leading to speculation that it would be released in March 2017, we can reveal that the final version number will actually be 1704 for an April release.

As with previous large updates, not all Windows 10 users will receive the update together. Microsoft now prefers to stagger such releases in order to ensure stability across its update systems, though users will be able to force an update manually should they need to push things along a little.

The updates won’t stop there, though. Microsoft is apparently already hard at work on the next big update to Windows 10, dubbed Redstone 3.

The company has already started planning for the next update, codenamed “Redstone 3” which is expected to bring a range of new features, including an improved design language for the OS. I was told that Redstone 3 is planned to be released before the end of 2017, but things are in the very early stage of development, so there isn’t a set date just yet.

So there we go. Windows 10 has plenty of life in it yet, and Microsoft has the updates in the pipeline to prove it.