A leak this weekend had Dell working on a brand new XPS 13, which would update the device with a new 2-in-1 design, allowing it to be both a laptop and a tablet device, as is very much the way these days. No sooner had the leak barely started to cool than Dell actually announced the device we were all checking out just days ago. The new Dell XPS 13 2-in-1 is real, and it does indeed feature a convertible design thanks to a new 360-degree hinge. 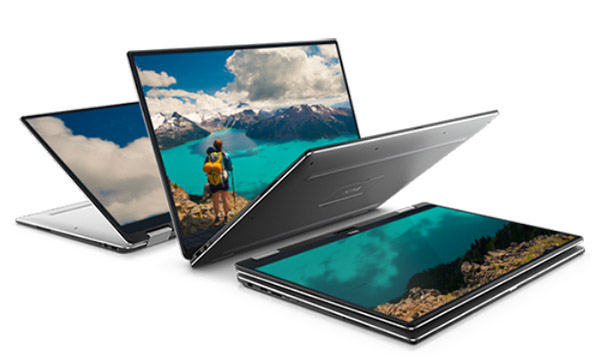 … just when you thought everyone’s favorite laptop couldn’t get better, we’ve introduced the new XPS 13 2-in-1 to our portfolio, adding more flexibility and improvements making it even thinner, sleeker and fitting it with a 360-degree hinge to enable greater productivity and offer multiple viewing options.

As anyone who has taken a look at a PC maker’s website these days will know, convertible devices are nothing new, but this is actually a first for this particular line of Dell machines. Dell hasn’t been in an over-sharing mood, so details on the new device are a little thin on the ground.

To list its salient positives, the screen will be a QHD+ Infinity Edge display, a first for a 2-in-1 device, and a number of configurations will be available for the device. One of those will be a business model that will feature a 7th-generation Intel Core vPro CPU.

You can view complete details for the new XPS 13 machines on Dell’s own online marketplace. The entire lineup is set to be available via Best Buy and Dell’s own website starting as soon as January 5.

As for pricing, expect to have to hand over anything upwards of $999 in order to get your hands on one of these things, depending on the model you decide to opt for. You can view a summary of the laptop’s different variants along with their salient specs below.