This video shows 2016 MacBook Pro Vs Apple’s first laptop released in 1989, the Macintosh Portable, in a side-by-side comparison.

Apple’s 2016 MacBook Pro has caused quite the stir over the last few weeks, and while the introduction of the Touch Bar is proving popular amongst those who have used it, the machine itself has come in for some criticism for a few reasons. The removal of the ever-popular MagSafe connector, the nixing of the SD card reader, and even the removal of the light-up Apple logo have left many disappointed and that’s before we get to discussing the fact that the new MacBook Pros cannot be configured with more than 16GB of memory. 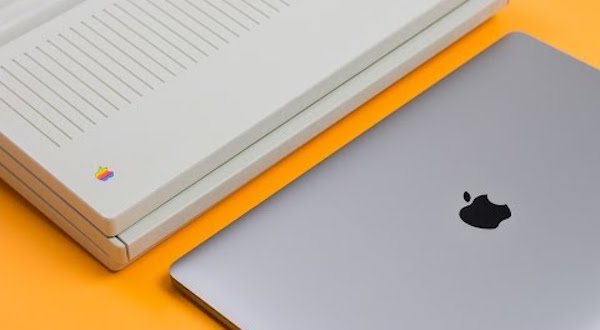 All in all, the 2016 MacBook Pro is a mixed bag, but it’s light-years ahead of Apple’s first portable computer, released in September of 1989.

Dubbed the Macintosh Portable, this first mobile Mac was hugely expensive and limited, which might seem familiar to those looking to buy a new Mac today. All snark aside though, there are some absolutely huge differences between the two, as you might expect with 25 years of innovation spanning their releases. Still, it’s fun to compare the first portable Mac with what the company currently peddles as it’s high-end device, and that’s just what we can do right now thanks to a YouTube video by Canoopsy.

The video, which will have you entertained for almost four minutes, shows us the two notebook computers in all their glory.

Some of the differences are mind boggling, such as the difference in weight. The Macintosh Portable, released in an era when Steve Jobs was no longer at Apple, weighed a hefty 16 pounds, whereas a 13-inch MacBook Pro with Touch Bar weighs just 3 pounds. That’s quite the weight saving, and the differences don’t stop there. Looking at the Macintosh Portable, it’s clear a lot of plastic was used. A lot. Checking out Apple’s current Macs, plastic is very much a rarity in a world where metal and glass rule the roost.

I’m personally a huge fan of the 2016 aesthetic, but if I’d been shown the 1989 Portable back then, I suspect I would have thought that looked gorgeous too.