When the MyGreatFest idea first came into existence towards the end of 2010, it was nothing more than a pipe dream, imagined by one person who felt an affinity with a company and the wonderful products that they provide the world with. The whole concept of MyGreatFest (now known as JailbreakCon or WWJC) was centered around the art of jailbreaking, which led a lot of people to believe that the proposed event must be against Apple but this couldn’t be further from the truth.

Ever since the introduction of the iPhone in 2007, jailbreaking has become extremely popular and has managed to spawn an entire community who follow the actions of the software creators as well as tweaksters and app developers on a daily basis. Members of the popular development teams like Chronic and iPhone Dev have managed to achieve almost celebrity status via social networking sites such as Twitter and community members eagerly wait for news and announcements to come from them. The original purpose of JailbreakCon was to tap into that enthusiasm and to harness the immense community spirit to achieve something which has never been accomplished before. 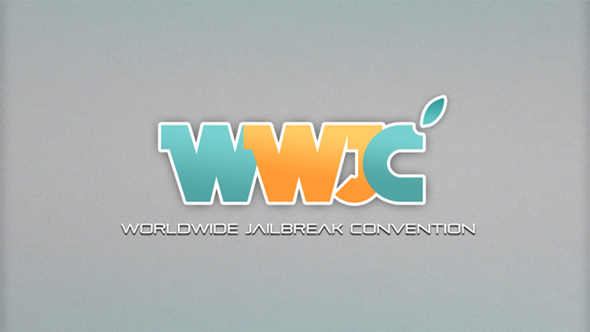 MyGreatFest not only wanted to bring the Apple iCommunity together, but also attempt to disperse the negative press that surrounds jailbreaking, with a lot of media agencies believing that iDevice owners only jailbreak their device so they can engage in acts of piracy and download illegal copies of applications. To be brutally honest, this kind of single-minded mentality is damaging to what has become a thriving ecosystem for talented developers and designers and is totally and utterly wrong. Granted, there will always be a select amount of users who will download applications through unfair means, just as there will always be a portion of society who believe getting things for free is fine even if it is at the expense of others. But when it comes to the jailbreak community, I truly believe that this behavior does not represent the majority of users.

Some people reading this may know us and associate our name with our online Twitter handle and realize that we speak from a privileged position when it comes to this event. We were after all, heavily involved in the organizing of the original MyGreatFest event which took place in September of 2011. Going forward, We are also as equally involved in the planning of JailbreakCon, and that is why it means so much to us and we feel so strongly about people understanding what the organizers are trying to achieve with JailbreakCon.

With MyGreatFest, we wanted to bring the users, developers and jailbreak creators together in one place to truly give everyone a sense of the community. That vision became a reality in London with the event nearly being a sell-out and having keynote speeches from the creators of the GreenPois0n tool, the developer of the amazing iFile app, the developer of popular Cydia tweaks Barrel and Multifl0w and not to forget the creator of Cydia, Jay Freeman, sharing his amazing wisdom and experience with us. We also presented the team behind the fantastic iDroid Project as well as James Whelton who is a very charismatic  developer and entrepreneur. The Fest also featured some local companies who specialized in products which were of specific interest to the iCommunity making it an event which truly was for the community, by the community. JailbreakCon is the continuation of that vision. As a group of organizers we concede that we made mistakes, but as a maiden event, the London showcase went extremely smoothly and received positive feedback not only from the attending masses but also from the many journalists who attended from around the world. The event also benefitted hugely from the early backing, involvement and sponsorship of the Redmond Pie team which not only allowed MyGreatFest to gain amazing exposure but also to be confident that the event could be organized with the full backing of one of the biggest and most successful names in online tech journalism. Redmond Pie were not confident enough in the vision to become early official sponsors, but also generously donated the iPad 2 which was given away on the main stage as part of the huge competition worth over $2000.

JailbreakCon will be an event in which we can harness our new found experience and deliver a conference which is unlike any other in the world. The proposed West Coast location of California will make it a lot easier for the some of the jailbreak scene’s best talent to attend, and we are hoping that will include developers, themers, YouTube Channel owners and security researchers who can share their wisdom with guests. We are also hoping to operate a number of workshops relating to the production of jailbreak software and Cydia tweaks as well as theme creation for all of those budding designers out there. We will also draw confidence from the fact that once again, the Redmond Pie team will be heavily involved in the event, acting in the familiar role of official sponsors. The historical support of the Redmond Pie team, as well as the ongoing help and guidance ensures that JailbreakCon lands in the United States in good stead with a strong, worldwide media partner.

First and foremost, as organizers of these events, we belong to the iCommunity and strive to see it grow and flourish. We are also individuals from around the world who have come together to merge our respective talents in order to produce a conference which will make an impact on the lives of those who believe that the art of jailbreak is something worth fighting for. Ourselves, and the original team involved have worked pretty much non-stop for fifteen months to get to the stage that we are at now, and the community can rest assured that we will carry on that tireless effort to make JailbreakCon a defining moment in jailbreak history.

To find out more about the event, get in touch or reminisce about MyGreatFest, you can visit the official JailbreakCon website or follow the team on Twitter.