A number of companies are currently working on MFi (Made for iPhone) controllers for a better all-round gaming experience on the fruit company’s flagship smartphone, and it looks like renowned peripheral maker Razer is getting on the act courtesy of an image leaked via the Twitter handle Evleaks. Check out the press images after the leap!

Although, as you might expect, these leaked images cannot be verified in any way, Evleaks has forged a reputation for producing pretty reliable information, so until we hear of or see any evidence to the contrary, we’re inclined to think that this MFi controller is very much the real deal.

It is, according to the leak, named Razer Kazuyo, and snugly encloses the iPhone in the middle compartment that can also adjust the angle of the display in relation to the physical gaming buttons on either side. You get a directional pad on the left hand side as well as a Y, X, A and B collection on the right side in familiar position to most other gaming pads.

The design looks nice, if a little uninspiring, and the Kazuyo – if it is a real product – will go head-to-head with the likes of the MOGA Ace Power and Logitech PowerShell, which we covered here at Redmond Pie.

The original iPhone’s release in 2007 greatly shaped the way we view mobile gaming, and although skeptics suggested that smartphones nor tablets could compete at the higher-end of the spectrum, we’ve begun to see, in recent times, that the improvements to processing power and development engines is very much closing the gap. 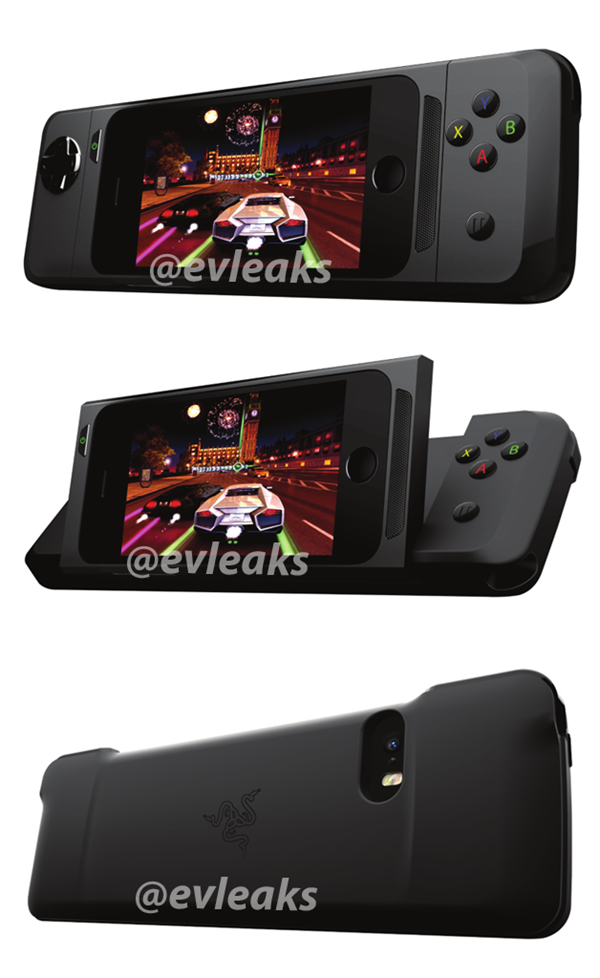 The touch-screen was largely baulked at by generations of gamers accustomed to the physical buttons and joysticks, but although products like the Kazuyo kind of reiterate the point that one cannot enjoy gaming to the full without some kind of tactile feedback, these MFi controllers aren’t perhaps as greatly sought as they might have been just a couple of years ago.

If you’re an iPhone owner and enjoy games but not the touch-screen, then you’ll be pleased to know that the Kazuyo is most certainly on its way. When exactly it will arrive remains to be seen, but with several competing products also on the horizon and others already here, there’ll be plenty of competition.