Mobile gaming is slowly but surely moving away from dedicated gaming devices and towards multipurpose ones like tablets and smartphones, which is born out by the fact that the top apps across stores like the App Store and Google Play tend to be of the gaming variety. There’s only one problem with playing what some would call ‘proper’ games on a small, touch-based device though and that’s the fact that there’s not tactile feel or more simply, no buttons. Depending on the kind of game being played, that may or may not be an issue.

Thankfully, if you’re an iPhone owner at least, help is at hand thanks to new features built into the quickly adopted iOS 7. Now that Apple’s iPhone packs proper support for game controllers via these new features, accessory makers are beginning to announce the hardware built on top of iOS 7’s new MFI (Made for iPhone) profile that they all hope we’ll be using to play games like Dead Trigger 2 – a first-person shooter that would certainly benefit from hardware buttons on a smartphone. 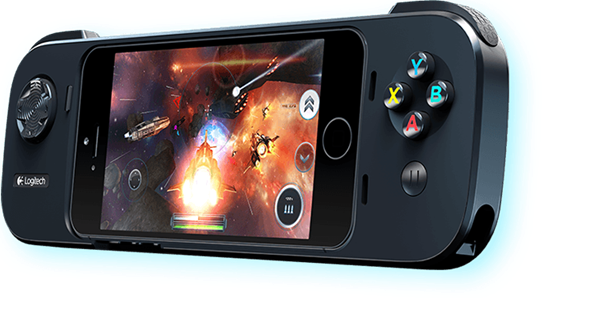 After MOGA Ace Power iOS 7 Game Controller, the latest to be announced is the Logitech PowerShell. The game controller itself is pretty standard fare. A d-pad sits on the left hand side and four colored buttons flank the iPhone’s screen on the other side. Shoulder buttons are on the, well, PowerShell’s shoulders and the whole thing comes with a 1,500mAh battery built-in so that gamers won’t have to worry too much about their phone being dead when they’ve finished shooting zombies in the head. 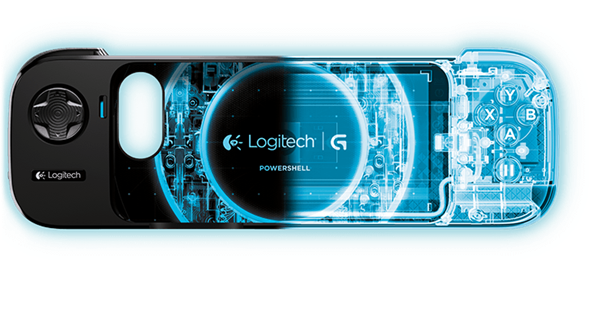 The PowerShell will cost $99 and can be bought from Best Buy and Apple Stores in the U.S. from today, with a global rollout coming next month. There’s no word on international pricing as yet, but based on that $99 price we don’t expect it to be peanuts.

There is obviously going to be plenty of competition in this space, so we’re looking forward to seeing what the other accessory makers come up with in the coming weeks. Now that both MOGA and Logitech has started shipping Ace Power and PowerShell respectively, we wouldn’t be surprised to see others join in sooner rather than later.